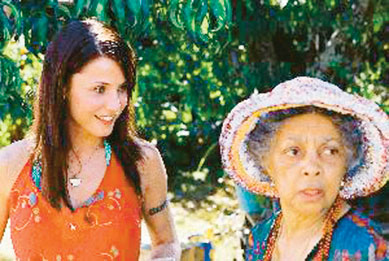 Playwright Toa Fraser's first venture into feature film directing is an adaptation of his hit play of the same name. This deft mix of earthy comedy and drama centres on Nana Maria (American actor Ruby Dee) who, as the Fijian/Kiwi matriarch of her discordant clan, gathers all and sundry together for an impromptu feast in which she will name her successor.

Despite being new to cinema, Fraser succeeds in making a smooth and accomplished transition of his work from the stage and, although presenting a plethora of characters with all manner of wounds and gripes, manages to satisfyingly wind up every narrative strand by the film's finale. Nana Maria might be unique in her ethnicity but the family theme should be familiar to everyone, no matter what cultural persuasion, and offer many genuine giggles.

Screened at this year's Sundance and Berlin film festivals where it collected audience awards.