Like How I Pictured It: Fangirls and the Enduring Power of the Boyband

“This is a time in your life when you really need to scream and cry and yell,” says 64-year-old Beatles fan Susan. Reflecting on her adolescence in Jessica Leski’s I Used to Be Normal: A Boyband Fangirl Story, Susan understands boyband mania as a source of physical catharsis. “You scream, you cry, you turn red,” concurs 16-year-old One Direction fan Elif, “nobody can calm you down.” Attesting to this is a viral video of Elif that gives the documentary its title: red-faced and in tears while listening to the band’s latest album, she screams, “I used to be normal!”

While not particularly remarkable in form, Leski’s documentary provides worthwhile insights into a complex world that is too often trivialised, by interviewing four fangirls from different eras: the aforementioned Susan and Elif, Dara (33, Take That fan), and Sadia (25, Backstreet Boys fan).

The hordes of boyband fans in I Used to Be Normal are evocative of screaming crowds at football games: frenzied, obsessive and fiercely loyal to their “team”. Fangirls and sports fans behave similarly, but boyband fandom is often met with far more derision. Boybands are associated with girlhood, and the non-threatening, wholesome image presented by its members doesn’t correspond with dominant ideas of masculinity. Adding to this, they’re pop musicians, products that are strategically designed to have mass appeal – and to “fall for” this is considered foolish. Misogyny, patriarchy, homophobia and artistic elitism coalesce to ensure that boybands and their fans are not taken seriously. This stigma and shame follows fangirls who continue their boyband obsessions into adulthood. While Dara is out as a lesbian, she describes herself “in the closet” as a Take That fan, and Sadia doesn’t tell her colleagues about her Backstreet Boys passion for fear that “they won’t think [she’s] as smart or capable or mature.” Sadia observes that she wouldn’t feel that way if they were a rock band. “It’s not just being a fan,” she says, “it’s being a fan of this particular group.”

I Used to Be Normal: A Boyband Fangirl Story

Rallying against this stigma, I Used to Be Normal acknowledges fangirls’ power and influence – as Sadia notes, they’re the reason boybands have their careers. The buying power of teenagers, particularly teenage girls, plays a significant role in determining the success or failure of boybands – as seen in all the subjects’ extensive merchandise collections. Yet Leski’s documentary also shows how boybands affect the trajectory of their fangirls’ lives. When these women are going through their toughest times, boybands represent a consistent source of unconditional love. Sadia and Elif, both second-generation immigrants, have found boybands to be both a source of conflict with, and freedom from, their parents. Growing up in a conservative Muslim home, Sadia’s love for the Backstreet Boys is a rebellious exploration of her sexuality. Likewise, Elif’s family does not take her musical ambitions seriously, but One Direction’s success story fills her with a defiant certainty that she can follow in their footsteps. Dara’s love for Gary Barlow helped her explore ‘masculine’ gender presentation as she realised she was a lesbian, while for Susan, growing up in the “scary time for women” that was the 1960s, Beatlemania “was a way of really expressing [herself]”. 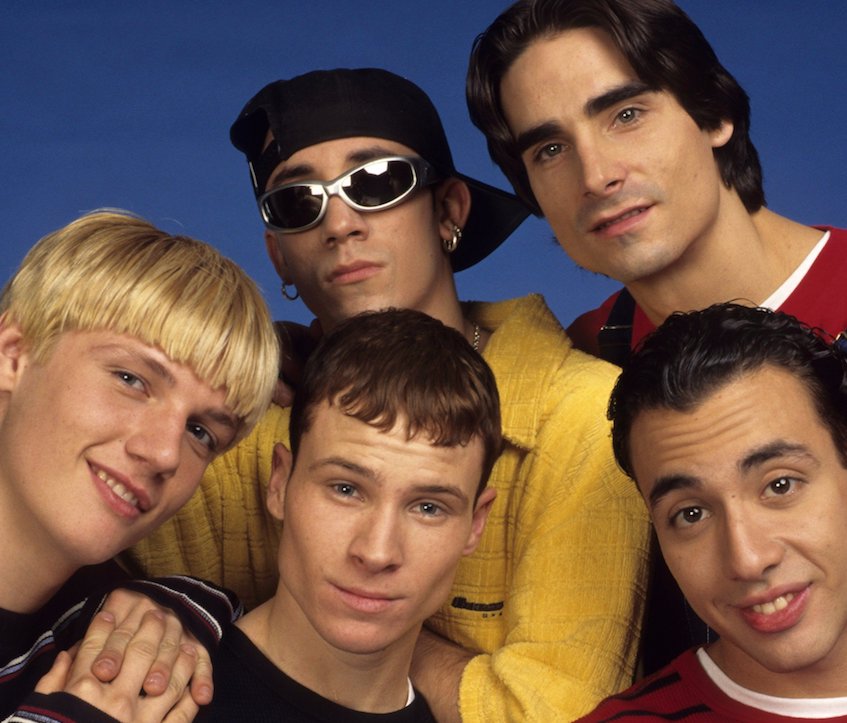 Distanced and unattainable, boybands allow fangirls to idealise and project unrealistic fantasies onto them – a socially acceptable and safe way for girls to explore their sexuality. Boybands’ non-threatening models of masculinity are appealing to adolescent girls, because the alternative – the real-world toxic masculinity of their peers – is so unwelcoming. “They’re never gonna break my heart,” says Sadia of the Backstreet Boys. But fallibility is human, and fangirls risk dehumanising boyband members through deification. As Elif notes, “human beings can’t be that perfect.”

As a result of these fantasies, the subjects of Leski’s documentary all share a firm belief that they “know” the boyband members on a personal, intimate level. Even outside of their daydreams, fangirls have a somewhat delusional relationship to boybands – multiple interviewees are convinced that a band member looked right at them during a concert. Elif dreams of sharing soup with Niall Horan, while Sadia recalls fantasising about Nick Carter teaching her how to swim. These fantasies can be harmless – even healthy – for teenage girls to engage in, but there is a danger of never moving past them.

Whereas Elif outgrows her fixation across the course of the documentary, Sadia’s and Dara’s have remained with them into adulthood. Still attached to her fantasy at the start of the documentary, 25-year-old Sadia hasn’t learned how to swim. By making her analyse her own obsession, Leski’s documentary leads Sadia to some illuminating realisations. She worries that she’s “hiding” behind her fandom, devoting her time to a group of complete strangers instead of “filling that up with [her] own life”. After attending the Backstreet Boys cruise – a four-day journey in which the boyband and their fans are confined to a ship together – Sadia describes witnessing the frenzy from a remove and feeling like an “observer to [her] own insanity”. “It wasn’t fun,” she says, and the experience leads her to question her devotion. Likewise, Dara’s love for Take That has interfered with her real-world relationships, and she cites it as the cause of past breakups. Self-aware and conscious of their arrested development, these women struggle to regain agency over their fantasies.

While acknowledging the dangers of monomaniacal fandom, on the whole Leski remains optimistic about the value of boybands in fangirls’ lives. The documentary does not explore how the band members themselves feel about their frenzied fans, but boys are not its focus. Leski’s interest remains with the fans, presenting a balanced portrait of the highs and lows of their experience. “It’s an era,” says Susan, “and you’ll have it. Everybody has it.” Finding common threads between women generations apart, I Used to Be Normal reveals a universality to the boyband fangirl experience.