You see them at every screening, and MIFF couldn't run without them: we love our wonderful volunteers. They do an amazing job, and we thought you might like to get to know them better. 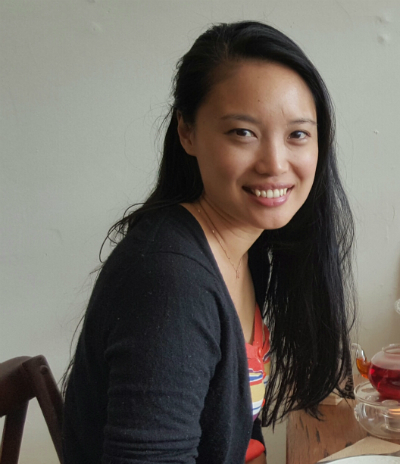 What do you do outside of MIFF? For my daily existence, I work a desk job within the insurance industry. For fun, I play futsal/ soccer.

How long have you been volunteering? And what keeps you coming back? Five years and counting – and loving it more each year. I’ve volunteered for many different festivals (including Next Wave, Falls, the Melbourne Festival, Jazz Festival and Writers Festival) but MIFF has always been my favourite. Chatting to people in the queues gives you a different perspective on how movies can be received. Each year I learn something new about a genre I wouldn't necessarily watch, then go into the movie with an open mind and enjoy it.

What are you most excited about at MIFF this year? The movies! The choices just get better each year.

How would you describe your taste in films? I’m quite open minded, but if I had to narrow it down: arthouse drama (especially international), sci-fi and action.

Do you have a favourite volunteering anecdote or memory? Three years ago I was volunteering on Closing Night at the Forum, when Geoffrey Rush popped outside for a smoke. A carload of guys pulled up and one yelled out "Dude! Is that Geoffrey Rush?! Hey mate!" The charming Mr Rush just waved back and said "That's me." Each following year, when I’ve seen Mr Rush, he says "hi" with a smile and sometimes cracks a joke. I love him as an actor, and I love seeing how real he is with his fans.

What do you do outside of MIFF? I work as an analyst for a bank, and in my fun time I make catnip toys, go to the cinema and hang out with my awesome cat Herb. Herb’s favourite director is Ingmar Bergman (typical cat!).

How long have you been volunteering at MIFF? And what keeps bringing you back? Since 2007. Every year brings memorable experiences, interesting people and a beautiful spectrum of films.

How would you describe your taste in films?
Dark, deadpan, humorous, outrageous.

What is the one MIFF film or event that really sticks in your memory?
The High: meeting Quentin Tarantino backstage at the Forum – and meeting Anna Karina onstage at the Forum! The Low: getting soaked by stepping into a muddy puddle while trying to entertain an anxious, wet and cold queue of festival-goers in the dark, smelly alleyway behind Greater Union (RIP).

Do you have a favourite volunteering anecdote or memory?
Encouraging nervous MIFF speed-dating participants was a great job, and something I never thought I’d be in the position to do!

What other involvement have you had with in film and/or festivals?
I have volunteered with a few other film festivals, the most awesome being the Midnight Sun Film Festival (founded by my favourite director, Aki Kaurismäki). It takes place every year in northern Finland, and is the weirdest and most unique film festival I have experienced.

What do you do outside of MIFF?
I am a qualified counsellor currently looking for work. I’m also a roller derby skater who plays under the name Jam E Oliver for the team The Witches of East Vic. Basically that means I get to hit other people on skates while I'm also on skates. Don't let that fool you though, I am still as clumsy as ever.

What keeps bringing you back as a MIFF volunteer?
The people and the atmosphere: nothing can replicate the electricity of MIFF. What good is an amazing movie that makes you laugh, or makes you think, if you can't share that with someone else? The patrons of MIFF always make me smile and provide me with such great conversations. The staff and vollies are so lovely and so helpful. If I had to sum up MIFF in one word it would be 'stories'.

How would you describe your taste in films?
Nothing scary! Almost accidentally, I have found that I'm a big fan of documentaries. Before volunteering, I failed to recognise the vast difference between the old, boring docos we were shown at school and what’s on offer at MIFF. I love learning about our weird and wonderful world.

What is the one MIFF film or event that really sticks in your memory?
There are honestly so many! Hearing a whole theatre of people sobbing at a very poignant moment in last year's centrepiece film Holding The Man was definitely one. And one of the funniest was during my first year at MIFF, back when voting was done on paper and volunteers were asked to count up the votes. The movie was Trash Humpers, and the reception was... mixed. We had as many 1-star votes as 5-star votes. One patron said he couldn’t decide whether it was the worst or best thing he had ever seen…