The Mystery of the Opal: An Interview with Strange Colours director Alena Lodkina

“Opals!” exclaims writer-director Alena Lodkina. “The imagery of opals, these precious stones in the ground, there are all sorts of mystical, esoteric meanings attached to stones.” She’s talking about her feature debut Strange Colours, an enigmatic, reflective film that examines the inhabitants of a small opal-mining community in rural New South Wales.

Born from Lodkina’s earlier documentary short, Lightning Ridge: The Land of Black Opals (MIFF 2017), Strange Colours returns to the remote township, this time through the prism of a fictional narrative. In it, Milena (Kate Cheel) is a young woman venturing into the wilderness in order to visit her dying father (Daniel P. Jones). Lodkina, clearly influenced by her previous filmmaking journey to Lightning Ridge, fell in the love with the town. “It really stayed with me,” she says. “The kinds of characters that line up in a place like that... it was really memorable and cinematic.” She soon brought producer Kate Laurie and co-writer/producer Isaac Wall on board, and they started developing a script based on the documentary research that had already gone into the project.

Lodkina was immensely drawn to the landscape. “It’s so unusual and it’s such an escape,” she reflects. “It’s kind of melancholic but also moving. You start seeing things in a different way when you're there.” For the writer-director, this relationship became a kind of addiction: “That’s what keeps you coming back,” she says of the landscape. “You never feel that you’ve got enough. You want to see more, you want to speak to more people.” 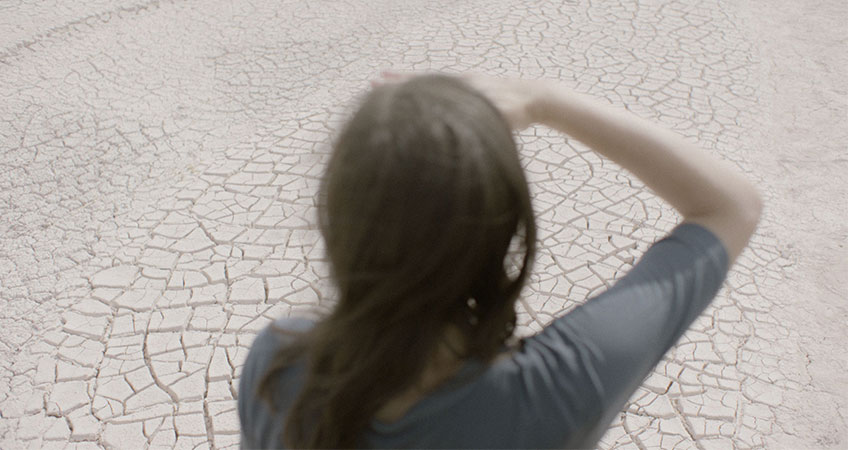 In spite of her love for the region, Lodkina ran into significant trouble when shooting in what was essentially an off-grid location. There were no GPS signals, no maps, and sometimes, there was no electricity. It was a struggle to simply make sure the cast and crew were well-fed and caffeinated. “Burs on the ground proved to be one of the most irritating things,” she recalls, “they get stuck to your socks.” They also had to deal with snakes, insects and weather challenges, during which the tight-knit crew proved invaluable. “It’s such an incredible operation,” Lodkina says. “We were really lucky to have a really solid crew who stuck together. We had so much solidarity on set. There was no weird crew politics. Everyone was in it together and it made the film possible.”

Strange Colours’ naturalistic aesthetic is assisted by the appearance of a number of non-actor residents of Lightning Ridge, who are peppered throughout the film. “When you approach a real community with its own politics, [it’s] so hard knowing what you can and can’t say about people,” says Lodkina, whose respect for these residents is clear.  To fairly depict the community, Lodkina carefully employed a fictional narrative: “I made the choice that I didn’t want to do an exposé on Lightning Ridge because I had relationships with the people,” she says. “It wasn’t what was interesting to me anyway, the actual lives and actual facts about the people. What was interesting to me were the existential themes that the stories evoked of outcasts, and the kinds of stories that lead people to go to a place like that. I thought I could achieve that through fiction.” Indeed, Lodkina champions the construct of fiction, which she felt freed her from the constraints of the more literal style of a documentary. For her, fiction enables a filmmaker to get “closer to the truth” of a place.

There’s a sense throughout Strange Colours that Lodkina wanted to disprove the negative myths and stereotypes that often surround small towns - chiefly, that the remoteness of such places makes them automatically dangerous. “It’s unsettling in many ways,” she explains. “There’s tension in the film because of the inherent discomfort of being a woman in a masculine community.” Yet Strange Colours never veers into the familiar territory of exploitation or horror, and it isn’t, as she says, “a film with psycho killers in a rural town.” Through Lodkina’s lens, Lightning Ridge and its townsfolk become strikingly real, and the film takes on a tranquil, meditative quality that reveals a deep sense of spiritual connection. In researching the project, Lodkina says she was influenced by “The Storyteller”, Walter Benjamin’s essay that references Russian writer Nikolai Leskov’s short story “Alexandrite”, with its description of the historical symbolism attached to various stones. Such spirituality is seamlessly woven into the fabric of the film.

Beyond filmmaking, Lodkina has worked variously as a critic and a film editor, cutting Amiel Courtin-Wilson’s avant garde portrait of the late jazz musician Cecil Taylor, last year’s The Silent Eye (MIFF 2017). In moving between these practices, Lodkina stresses the importance of any filmmaker's engagement with the medium at an analytical level. “It’s so important to be thinking about film critically and historically,” she explains. “I think it’s a bit of shame sometimes that dialogue around filmmaking is about industry and markets, whereas for me it’s an enormous part of culture.” Lodkina firmly believes that filmmakers have a responsibility towards their audiences, which can be better informed by exploring their own experiences with film. “I think it’s a bit strange that there’s a less of an overlap between critics and filmmakers now,” she says “I don’t know why there isn’t more. It seems obvious that filmmakers would have really interesting things to say about film.”