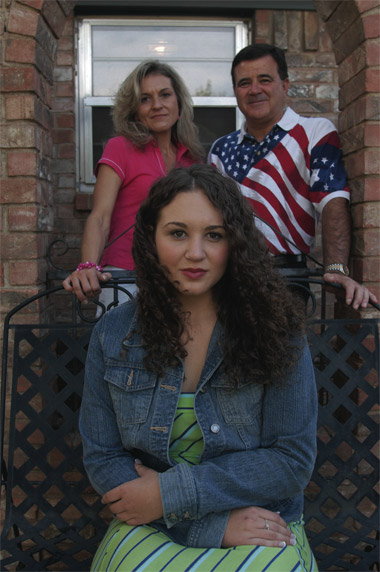 Lubbock, Texas, has the highest rate of teenage pregnancy in the US. It also has the highest rate of STDs in teenagers. The sex education policy in the schools of this southern, ultra-conservative town is 'abstinence until marriage'.
This superb and nuanced documentary plots the politicisation of 15-year-old naif Shelby Knox, a southern Baptist who has made a pledge of celibacy until marriage through True Love Waits, a measure promulgated by local fire-and-brimstone minister Rev Ed Ainsworth. But Shelby is a liberal-thinking Christian with conviction to boot, and she can see that abstinence is making no dent in the stats. She joins the city-sponsored Youth Commission and becomes a passionate advocate for sex education in schools. Losing the battle for mayor of the commission, Shelby works alongside her nemesis, Corey Nichols, despite their fundamental differences: he is the great diplomat willing to compromise in an effort to find common ground, she is the true activist prepared to battle for what she believes in. The Education of Shelby Knox is a wonderful tale of self-realisation.---D/P Marion Lipschutz, Rose Rosenblatt WS Films Transit International TD video/col/2005/76mins