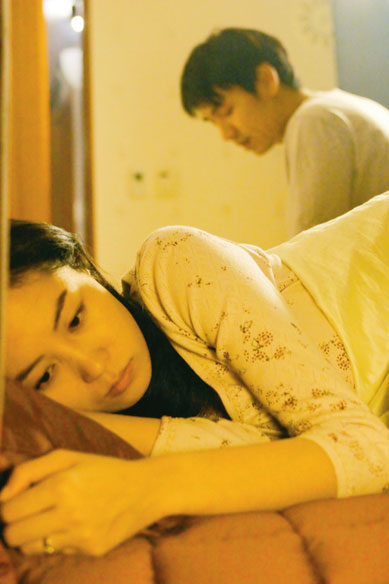 “Sa-kwa gives voice to the finest nuances of complex feelings in a delicately orches-trated crescendo...” - Toronto International Film Festival
South Korea's most remarkable and gifted new actress, Moon So-ri, transforms from a carefree young girl into an emotionally complicated woman as we intrude on her disappointments in love, her heartbreaks and her confusions. In shock at being abandoned by her long-time boyfriend and in an attempt at happiness, she finds herself susceptible to the clichéd advances of a man in her office - but things aren't as straightforward as she would have hoped.
Sa-kwa is a delicate film of feeling and mood, focusing on marital dynamics and their resonance in social and family relations, handled with subtlety and humour at the hands of filmmaker Kang Yi-kwan.
“Kang's clear vision reveals the selfishness and emotional ignorance inherent in the intricate maze of passion, social convention and stubborn unadaptability that couples often must navigate.” - Toronto International Film Festival