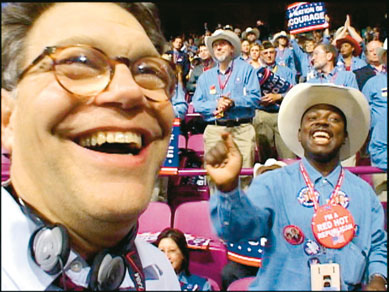 “Manages to tap into the same undercurrents of discontent and frustration that fuelled the breakthrough success of Fahrenheit 9/11.” - Variety Filmmakers Chris Hegedus and Nick Doob, who were responsible for the documenting of Clinton's presidential campaign in 1992 with The War Room, take us on an hilarious year-long expedition behind the frontlines of mediawars during the 2004 US election.