“We can all come away comforted that in academia, as in poetry and science, adored ‘rock stars' can be old, paunchy, and less than beautiful.” - Village Voice

Philosopher, Slavoj Zizek, is one of the most important - and outrageous - cultural theorists working today, spouting a fusion of Marxist theory and that of French psychoanalyst Jacques Lacan. This captivating and erudite documentary explores the eccentric personality and esoteric work of Zizek who came close to being elected president of a newly independent Slovenia.

Filmmaker Astra Taylor traipses after the seemingly tireless Zizek with camera in hand on a continent-hopping lecture tour. Even off the stage, Zizek nevers stops talking. Spit flies and words trip over each other as he waxes lyrical on everything - Stalin, utopianism, Alfred Hitchcock, love, commercial culture, faith, suicide, politics and, last but not least, himself.

“Subject is a bearded, sweating, antisocial, eminently quotable bear of a man who throws out ideas in a heavily accented lisp.” - Variety 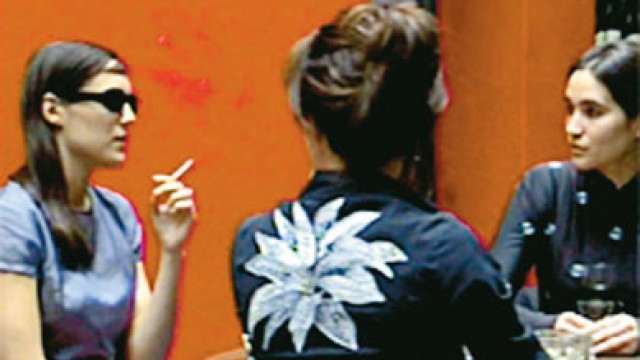