The final work by the late Iranian master Abbas Kiarostami is a minimalist hymn to the capturing of images.

Cinema lost one of its greatest exponents in 2016 with the passing of Abbas Kiarostami; his films – including Close-Up (MIFF 2003) and Taste of Cherry (MIFF 1998) – brilliant works of psychological investigation and self-reflexivity. 24 Frames, a project he spent the last three years of his life on, is his final testament, a work that strips cinema down to its barest essentials: image and time.

Taking a series of Kiarostami's own photographs as its starting point, 24 Frames uses sophisticated photo manipulation techniques to imagine what might have happened before and after each picture was taken: a lion mounts a lioness; a Bruegel painting comes to life; a young woman falls asleep beside her computer screen, the final scene of a Hollywood romance flickering away. Each tableau is the same length (four minutes 30 seconds), with motifs of birds, especially crows, and snowy landscapes recurring throughout, leading to a transcendent denouement – for both film, and filmmaker.

'Like just about all of Kiarostami’s work, it thrives in the rift between dreams and waking life, between artifice and reality ... it movingly illustrates how cinema’s true power is not to identify that divide, but rather to erase it.' – IndieWire 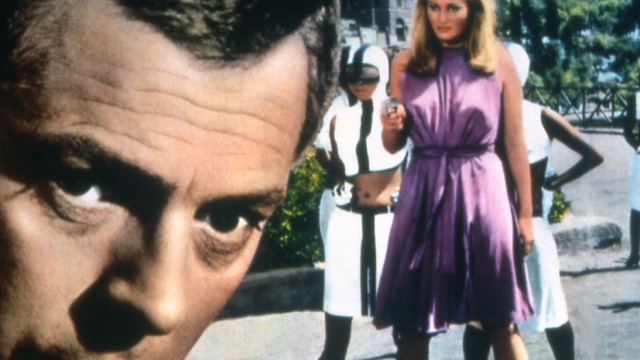