In the first feature directed by an Indigenous Australian woman, Tracey Moffatt weaves a triptych of ghost stories into an inventive and illuminating exploration of race and place.

In tales taken from Moffatt's own childhood recollections – as relayed to her by both Indigenous and Anglo-Celtic relatives – an American soldier, a young blind girl and a pair of lovers are compelled to haunt the spaces where they drew their last breaths. Set against a hyper-stylised Australian landscape, her landmark effort challenges prejudice while also dissecting the act and importance of storytelling, remaining as relevant and revelatory today as it was more than two decades ago.

'Moffatt combines fantasy, legend, past and present, with humorous and documentary asides – which may unsettle audiences, because filmmakers just don't do that sort of thing.' – SBS Movies 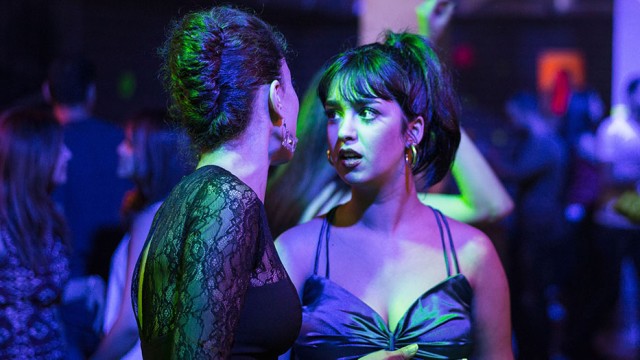 BEAUTY AND THE DOGS