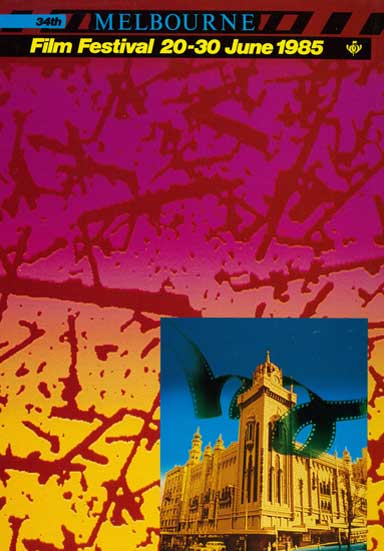 Program in Focus
The 1985 festival, with David Stratton as a program advisor, commenced a focus on talks and seminars, not seen as strongly since the festival programs of the early 1950s. Some topics discussed included Productive Prospects for Film and Video in Victoria, Is Film Obsolete?, Initiatives in the Indonesian Cinema and The "New" Heroines, in which feminism and the representation of women in cinemas was discussed.

Edgar Reitz's Heimat, a thatrical feature film shown in 11 parts, was also screened. Running at 924 minutes, Heimat was heralded as "the longest film ever made and the apex of New German Cinema, and a landmark in the history of world cinema".
More