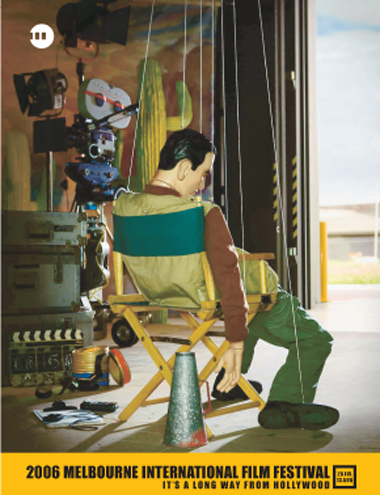 Program in Focus
James Hewison's last MIFF program featured a focus on new women filmmakers, Melbourne on Screen, the Asian Metropolis, Brain Monkey Sushi - new Japanese cinema, sociopolitical documentaries in Globalised, and Film on Film, a program stream which took audiences into the mechanisms of filmmaking as a cultural exploit. A showcase of films from Asia, Australia, Iran and Denmark was featured. In its third year Accelerator brought together some of the hottest new filmmaking talent from Australia and New Zealand, in a collection of stellar short films.

In this, my last year at our Film Festival, we have streamlined the MIFF programme, seeking once again to champion critical areas in contemporary cinema, from the renewed vigour in our local filmmaking community to our Asia Pacific neighbours, from the immediate work from the Middle East, exemplified in our filmmaker in focus, Iranian Jafar Panahi, to the Danish phoenix rising from the ideological constraints of Dogme in Danmark Nu. If cinema has the power to affect change and challenge orthodoxies, then it's evident in Globalised and in the concrete wastelands from the USA to Australia in a remarkable selection of Super 8mm skateboard films, which evoke the freedom and creative spirit of the 70s — get into it!

Introduction taken from the 2006 official guide