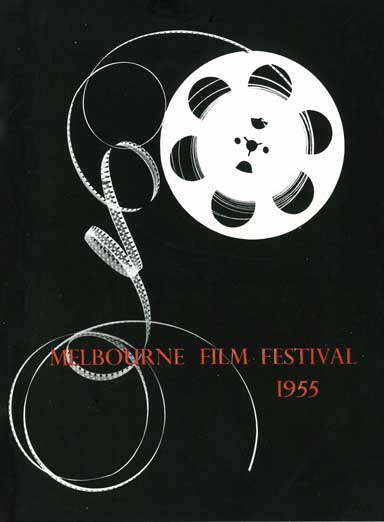 Program in Focus
The 1955 program grouped feature films into 6 programs of double features, with short films categorised by topic such as The Creative Impulse, Out of Doors and The Family Circle. The 1955 program continued the Festival's interest in great auteurs, screening Orphée (Jean Cocteau) and The Navigator (Buster Keaton). A special screening of D.W. Griffith's Intolerance was programmed, complemented by the Australian feature, The Sentimental Bloke, filmed in 1919, just three years after the American classic. Le Million (René Clair,1931) was the third 1930s Clair classic screened in Melbourne that year.

While there were fewer documentaries in the main program than in previous years, there remained a programming emphasis on European cinema, particuarly French and Italian, however new films from New Zealand and Japan as well as the film Time in The Sun (1940, comprised of footage screened by Eisenstein for Que Viva Mexico) were also screened.

The overwhelming success of previous Festivals surprised everybody, even the most sanguine of the organizers, and last year's combined effort at the University was the best yet.

Academic surroundings have helped to develop our Festival's unique character: a character which has grown out of the particular needs of Melbourne film lovers.

As the Festival gains in stature there is a corresponding improvement in the quality of the films it can command. This year you will find the programmes even more stimulating and more worthy of discussion, demanding the interest and attention that is the right of artistic achievement.

The Festival aims to present the widest range of films from all parts of the world. especially those which are unlikely to reach our local theatre screens. A glance at the programme will show how well we have achieved this objective.

We believe that the Festival has become an important event of the year for everyone seriously interested in the film — a contribution to the cultural life of our community.

Introduction taken from the 1955 official guide