Rowena Lloyd traces Gillian Armstrong's career, her feminist focus, and her drive to investigate the complexities of the lives of others.

Screening as part of MIFF’s Pioneering Women strand, Gillian Armstrong’s award-winning 1987 film High Tide is a moving drama of familial reconnection that tells the story of Lilli (Judy Davis) and her friendship with a teenage girl named Ally (Claudia Karvan), each unaware of their shared familial secret. The film is one of Armstrong’s many cinematic achievements that solidified her place within the Australian film history, and speaks to the honest and complex way she handles human experiences.

Gillian Armstrong grew up in Melbourne, where a passion for the performing arts lead her to study costume design at Swinburne University, but she swiftly left to write and direct her own short films. The films quickly garnered acclaim, and when the nation’s first film school (the Australian Film and Television School) took in its initial cohort of 12 students, she attended alongside the likes of Philip Noyce and Chris Noonan. It was only five years later that My Brilliant Career (1979), based upon the novel by Miles Franklin, propelled Armstrong towards international recognition.

Armstrong's documentary work demonstrates her enduring interest in Australian stories, as she continues to question who we are and what shapes us as people ... her feature films retain this same drive to investigate the complexities of the lives of others.

In recent years her focus has been on documentary filmmaking, with Women He’s Undressed (2015), the story of Australian costume designer Orry-Kelly’s successes and ventures through Hollywood’s golden age. Preceding it was Love Lust and Lies (2010), the fifth film in a documentary series Armstrong began in 1976, chronicling the lives of three Australian women. Her documentary work demonstrates her enduring interest in Australian stories, as she continues to question who we are and what shapes us as people.

What sets her feature films apart is that they retain this same drive to investigate the complexities of the lives of others, a challenge High Tide rises to unflinchingly. At the time of the film's production, feminist films remained on the fringes and were considered non-contenders in the scramble for funding and recognition. In My Brilliant Career, Armstrong responded to this cinematic climate by fusing a feminist rhetoric with more traditional feminine ideals.

High Tide offers a modern treatment of feminist notions. The story of Sybylla (Judy Davis) in My Brilliant Career is one of a headstrong young woman desperate to have autonomy from traditional gender roles, and comfortably embodies the ideal of a strong female character. In contrast, the treatment of High Tide’s erratic protagonist Lilli acts not to support but to disrupt this traditional definition of a strong female character. 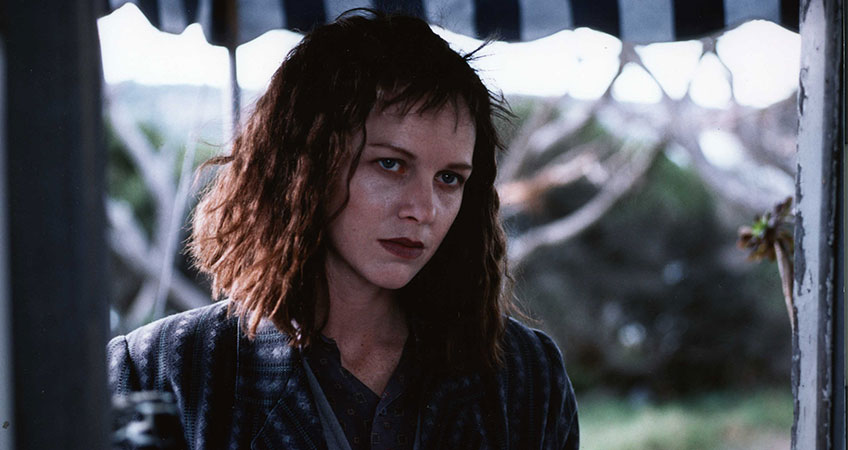 Morally ambiguous and resolutely flawed, Lilli’s character questions what we expect of such strong female characters. Connections to the protagonists within Peter Mackie Burns’ Daphne and Kenneth Lonergan’s Margaret (2011) can be drawn — their esoteric and problematic protagonists deserving of neither praise nor condemnation. Such characters are often relegated to the status of unlikable, and it takes great skill to sidestep this judgement. Gillian Armstrong does this masterfully, by drawing to attention the chaotic and difficult aspects of existence that we all experience, and in doing so invites her audience to suspend our accusations in lieu of empathy.

High Tide screen at MIFF at 1.30pm on Sunday 13 August as part of the Pioneering Women program, and will be introduced by Director Gillian Armstrong and Lead Actor Claudia Karvan, followed by a post-screening Q&A. Both Armstrong and Karvan will also participate in the MIFF Talks Pioneering Women In Conversation event at 1.30pm on Saturday 12 August.