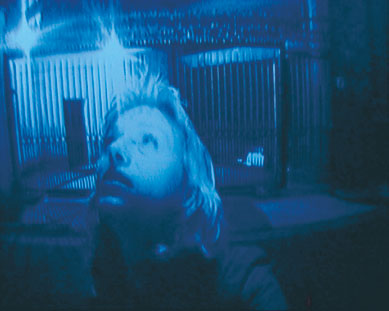 When British academic, Greg Dart, found himself the target of stalking, he felt compelled to record his conflict of emotions in a candid memoir. His writing piqued the interest of filmmaker, Chris Petit, who recognised the honesty of Dart's admissions (“It was the world of my twilight motives of which I felt afraid”) on a subject that's rarely detailed with any genuine insight.

With Unrequited Love, Petit employs an essayist film style that crosses traditional boundaries of fact/fiction, drama/documentary and the linking of the selective eye of the image to that of the voyeur and stalker. He evokes a sense of alienation, confusion and passion through such techniques as extreme wide-angle shots from impersonal security cameras and, at the other end of the scale, close-ups of action. As Petit explains, “I like films that show a process; here, the emotional transfer between stalker and the stalked.”