SHAKE HANDS WITH THE DEVIL: THE JOURNEY OF ROMEO DALLAIRE

In 1994, one man was given the task by the United Nations to ensure that peace was maintained in Rwanda: General Romeo Dallaire.
In 100 nightmarish days more than 800,000 men, women and children were brutally murdered. Dallaire was thrown into a country he barely understood, leading ill equipped, untrained troops who did not want to be there. Unsupported by UN headquarters, Dallaire and his handful of soldiers were incapable of stopping the killing.
This experience led to Dallaire's own life tragedy, as he dealt with the psychological fallout of witnessing a genocide he was powerless to stop. Dallaire condemns top UN officials, disloyal Belgian troop commanders and senior members of the Clinton administration who chose to do nothing as he pleaded each day for reinforcements and revised rules of engagement, convinced that with a few thousand more troops and a mandate to act, he could have stopped the killings. This is an extraordinary account by a primary witness, and a necessary counter-point to [Hotel Rwanda].
[Shake Hands with the Devil] screened to great acclaim at Toronto and IDFA (Amsterdam) and won the Audience Award at Sundance.
---
D/P Peter Raymont S Romeo Dallaire WS Films Transit L English, French w/English subtitles TD video/col/2004/91mins 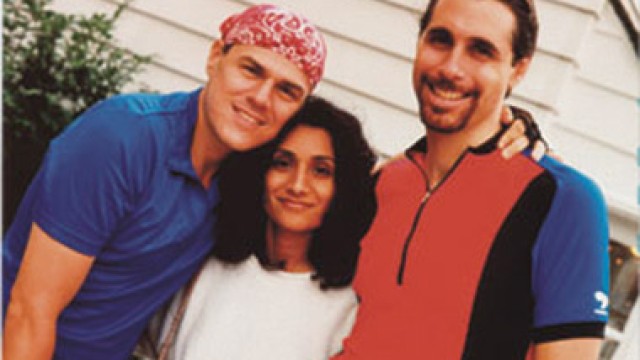 THREE OF HEARTS: A POSTMODERN FAMILY