Getting to know, Louis Theroux

Posted by Richard Stephens, Bachelor of Media and Communications at Swinburne University and MIFF 2016 intern.

Louis Theroux is a name synonymous in the art of the documentary. His dulcet, comforting demeanour is notorious for coaxing out his case studies deepest, and usually darkest thoughts, feelings and emotions. Often admissions which otherwise wouldn’t be confessed to their own mothers, Theroux’ neutrality is infectious and undeniably trusting. Rarely shaken (bar his exposé of The Wesboro Baptist Church and their beliefs, a tough swallow for even the most impartial of characters), Louis’ style of film-making is endearing as it is fascinating.

Leading in to MIFF’s Melbourne premiere of Theroux’s latest film, My Scientology Movie, we thought we’d give you a short refresher course in some of Louis’ finer, and more obscure moments throughout his captivating career.

Let’s take a step back in time to 2003, enter a baby-faced Theroux, excruciatingly polite and more innocent than you’d remember. Arriving at the then newly opened Crazy Horse brothel, smack-bang in the middle of the Nevada desert, Louis’ English mannerisms immediately attract a plethora of attention from the girls on duty, who’re beyond keen to score their 15-seconds of fame. What is so interesting about this particular production is the constant juggle of power between Theroux and these ladies of the night. Louis’ gradual probing breaks down a number of the more vulnerable girls, revealing their true reasoning behind their career choices, while on the other hand, we witness some of the more confident characters attempt to challenge our beloved Englishmen with their promiscuity and sexuality. It’s a humorous, yet heart-felt insight in to the lives of these sex-workers. Keep an eye out for the scene featuring Louis and one of the girls locked in a room, Theroux undressing is almost as awkward as the response to her propositions. One of Louis’ more confronting docos, which focuses on the extreme beliefs and ideologies behind the Phelps family, founders of the Westboro Baptist Church. As always, Theroux enters this narrative with an open-mind. Eager to understand the motifs behind this religious minority, he allows various church members to pitch their cause. However, as the documentary progresses, Louis, in a rare moment of complete transparency, becomes so unnerved by the practices of this group that he refuses any involvement in their undeniably offensive actions. For those who haven’t got around to catching this one yet, the above image should give you a rough idea of what we’re talking about. None the less, we’ll leave the finer details out for ultimate shock-value. 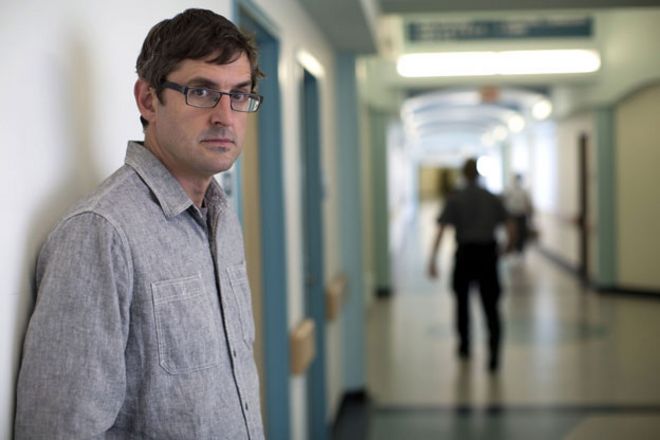 Arguably one of Louis’ finest productions, By Reason of Insanity delves in to the world of extreme behavioural rehabilitation. Theroux’s investigative eye is set on a small group of individuals who’ve committed heinous crimes, ranging from murders to sexual assault. These individuals are deemed clinically incapable of standing trial, which essentially substitutes a lengthy term in prison for a relatively comfortable, and potentially infinite stay in rehab. Centrally positioned between the x & y axis of ‘guilty’ and ‘acquitted by reason of insanity’, a sense of contemplation plays in the back of your mind as the numerous cases unfold. With one patient remaining stalled in rehabilitation for the past 25 years, you can only wonder (just as Louis does) as to the legitimacy of their insanity. Split in two parts, this is two hours of your life worth dedicating to Mr. Theroux.

Louis Theroux: My Scientology Movie will be screening as part of the Melbourne International Film Festival.