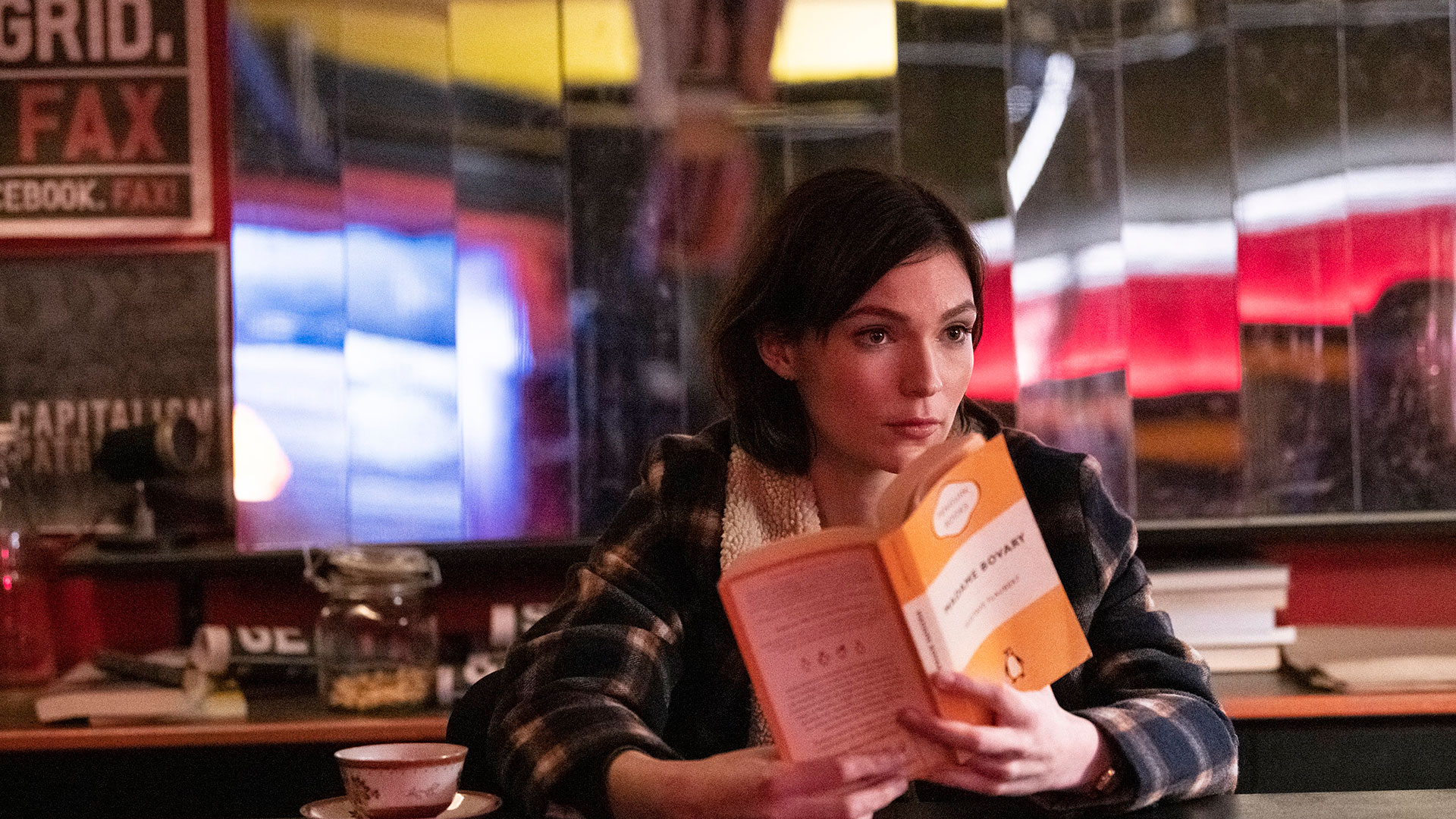 Data privacy, police powers, technology, corruption and crime's many, shady manifestations are just some of the themes tackled in Jonathan Ogilvie's Lone Wolf, which was supported by the MIFF Premiere Fund and co-produced by MIFF Accelerator Lab alumnus Mat Govoni. We spoke to Ogilvie about found footage, shooting in Melbourne and working with the stellar cast of Australian actors who brought his visually inventive political thriller to life.

This film is adapted from Joseph Conrad’s 1907 novel The Secret Agent. What attracted you to this story, and what made you want to adapt it into a modern setting? Moreover, how did you go about transposing the story from 1907 to 2020?

Jonathan Ogilvie: I had an interest in telling a screen story through surveillance and was on the lookout for a suitable subject. The Secret Agent virtually fell into my lap when a friend returned a hardcopy edition to me and quipped that it would make a great film.

The novel felt ideal for a ‘cineveillant’ adaptation because the characters are constantly under the watchful eye of Scotland Yard. Turning 19th-century police human surveillance into 21st-century police digital surveillance enabled the story to probe wider social issues around surveillance and privacy.

In terms of the characters, particularly the protagonist Winnie, updating the story required a reinterpretation of gender roles. In earlier drafts of the screenplay, I maintained fidelity with Conrad’s tragic denouement for Winnie. But, in 2018, I was inspired by Hannah Gadsby’s summation in her acclaimed one-woman show Nanette: “There is nothing stronger than a broken woman who has rebuilt herself.” In the shooting script, Winnie takes agency and, through an offscreen alliance with ex-cop Kylie Heat, is revenged.

The original book is set in London; however, the film has a distinctly Melburnian feel to it and features a number of recognisable locations around the city. Why did you choose to set the film in Melbourne?

The milieu of Lone Wolf is quintessentially Melbourne. It is as if the city embraced the story and made it its own. When writing the screenplay, I wondered whether the nefarious world of anarchists and agent provocateurs would resonate with a contemporary audience – until I saw Antifa and anarchist street posters all around the inner suburbs. I knew then that the film had found its spiritual and aesthetic home. We were able to find locations that resonated with the Victorian-age London locations of the novel (notably, the bookshop in Soho as a 19th-century shopfront in East Brunswick and the Thames as the Yarra from the Princes Bridge).

The film features a novel and innovative technique: telling the story through found footage, taken through various surveillance cameras and digital devices. Why did you decide to tell the story in this way, what led to this cinematographic and narrative experimentation, and what were some of your cinematic influences for this film?

My inspiration to tell the majority of the story of Lone Wolf through a cineveillant mise en scène goes back to the origins of cinema. The Lumière brothers’ La Sortie de l’usine Lumière à Lyon of 1895 is not just, arguably, the first ever film but the first example of workplace surveillance. And Charlie Chaplin took worker surveillance one step further in 1935 with Modern Times. Surveillance is in the DNA of cinema and has been overly employed in films such as Rear Window and more recently, Caché, Red Road, Paranormal Activity and Searching, to name just a few. Our cineveillant approach speaks to what we detect as growing audience interest in screen stories that are not constrained by cinematic convention and the traditional three-act paradigm – films that reflect the multiple ways visual stories are now told, seen and appreciated in the digital space. 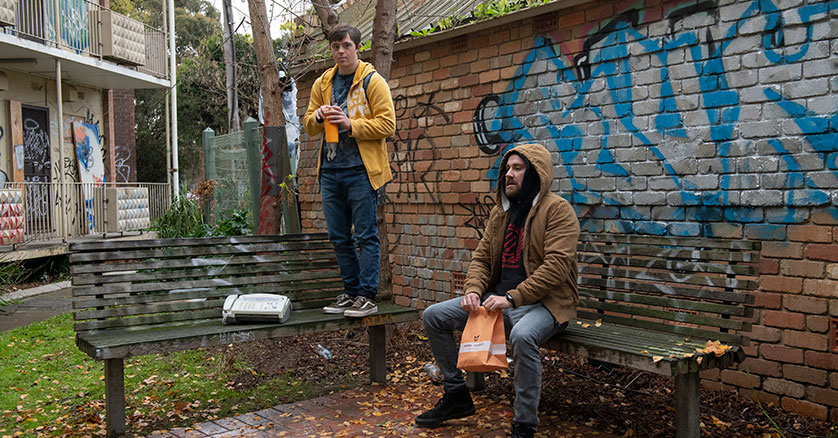 What are some of the challenges that you encountered while making this film using this novel filmmaking technique?

There were some challenges but, in the main, the technique presented opportunities. Surveillance coverage enabled us to treat each scene as a plan-séquence, a complete moment in itself, undiluted by editing. It also offered a rare freedom for the actors. Because the surveillance frame is unstaged, there was no necessity for them to hit their mark or pause their movements. For some setups, the actors were not even aware of where the camera was located. This meant that their orientation was not constrained by any sense of audience; they could perform as if in the real world.

The film has a top-level cast – Tilda Cobham-Hervey, Marlon Williams, Stephen Curry, Hugo Weaving, among others. Can you tell us how you went about assembling such strong talent for this film?

They dug the screenplay and the way that we were intending to tell the story. It is a top-level cast and we are honoured that they could recognise the potential of the project. Good actors are the best at reading a screenplay because they are on the lookout for subtleties and subtext that will enable them to bring a spark and complexity to the role.

What do you hope audiences will take away from this film?

First and foremost, I hope they will engage with the story. But, beyond that, I hope they enjoy the way we have chosen to tell the story. I think we suffer from something of a cultural cringe here in Australia regarding film form – that our national cinema is better at broad comedies or crime films than pushing the envelope of the film experience. I reject that view. I think, in order for our cinema to survive and grow its audience, we need to be bolder with the way we tell our screen stories.