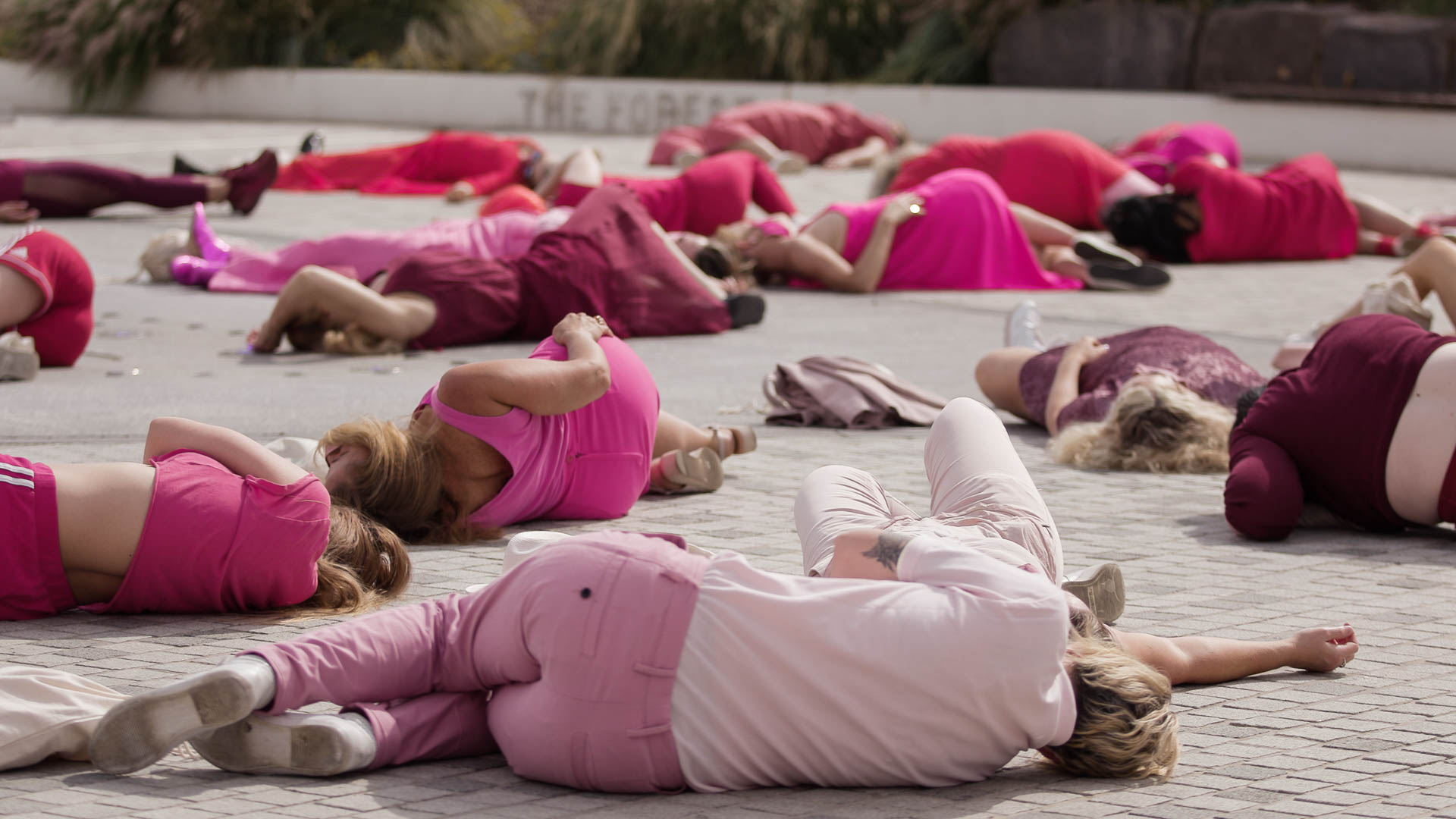 Transcending the Solitary Body in Bodies in Motion

Critics Campus 2021 participant Tiia Kelly unpicks the thematic and artistic threads weaving together the short films in the Bodies in Motion package.

These sequences open each of the five short films in MIFF 69’s Bodies in Motion package: The Prelude – Michelle, As One, Poleng, Multiply and Bonanza!, respectively. Partially a response to the previous 18 months, a time when our bodies have calcified and retreated into their own solitary patterns, the program interrogates the parameters of our physical selves. How might dance elevate the human form to a site of possibility? What do we carry in our bodies, and how does movement materialise it? To what extent is dance dependent on the physical realm at all? The works on display both constitute the body – as a communicative, expressive, interpretive tool – and undo it altogether.

Take The Prelude – Michelle. Part of a larger project by Phillip Adams and choreographer Walter Dundervill, the short uses William Friedkin’s The Exorcist as the dramatic impetus for bodily interpretation. The original set design is dramatised with decadent gold and lace; scenes from Friedkin’s iconic horror film are projected onto textiles. We watch Michelle Heaven inhabit the narrative of Ellen Burstyn’s spinal injury on the infamously troubled set, her body becoming the conduit for communication between media.

Heaven’s improvisational response to Burstyn’s traumatic injury is an experimental act of restaging and reflection. Accompanied by a crackling synth score, she interacts with objects in her surroundings to recreate and reinterpret the exorcisms of the 1973 film, subverting its dark energies. Amid this process of interpretation and rearticulation, movement becomes the true cathartic mode – provoking, if you like, a corporeal exorcism of Heaven’s own.

Catharsis permeates the program. There is a moment in Multiply, Rhys Graham’s documentary about the creation of a mass dance event, in which dancer Jessie Oshodi describes engaging with the body as a process of “purification”. Dance expels energy. Every physical shape evokes an emancipatory sensation: someone’s head whipping around in a turn, sweeping arms, a body roll reverberating to the toes.

In a later scene, the dancers receive a specific instruction: “Try and be the same body at the same time.” If conventional understandings hold the body as a singular, self-contained form, then Multiply dismantles such boundaries at every turn. Watching the dancers mimic one another’s actions while bouncing, flailing and laughing, it’s hard to argue against the fact of our fluid, oozing bodies. We’re always passing energy between one another – dance simply intensifies it.

In Adam Murfet and Jesse Oldfield’s As One, speech is replaced by choreography. Beginning as strangers, the performers move with the jagged push-pull of conflicting perspectives, soundtracked by wailing strings and drums. As the piece progresses, however, their roughness is countered by an increasing tenderness – a yearning to hold on and understand even as they throw each other through the air.

Contemporary dance melts into tap melts into ballroom, each genre introducing new layers to the central relationship. Playful synchronised footwork, indicating a burgeoning friendship, becomes a steady, sombre partner exercise. We feel the strings soften with eye contact and clasped hands. What appears insurmountable – the ordeal of being seen and known – is overcome by moving as one body, navigating space and time in this inarticulable manner. 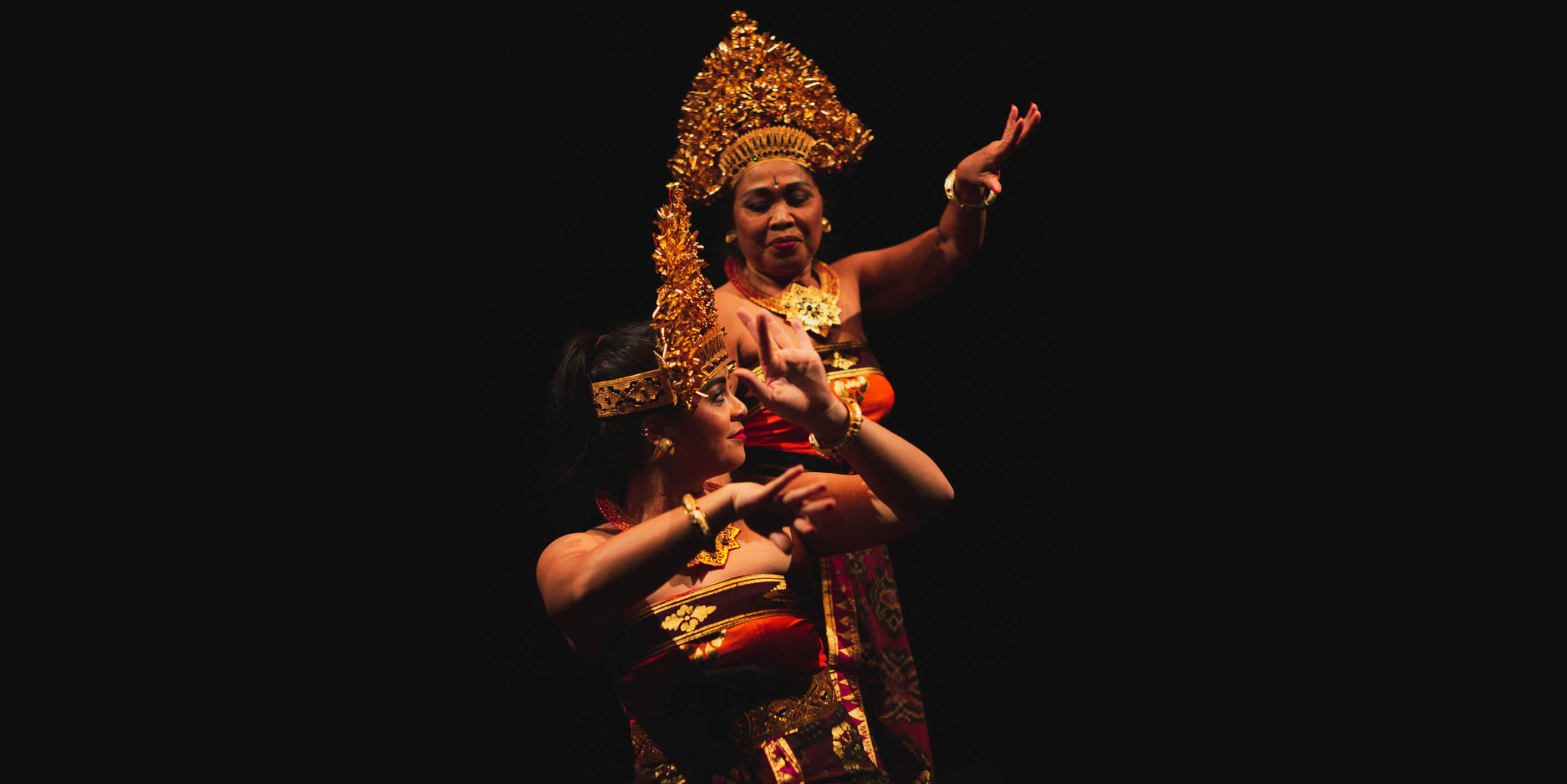 To feel known by the alchemy of dance is curious though unsurprising. Naina Sen’s Poleng takes Indonesian-Australian dancer Jocelyn Tribe as its documentary subject, combining talking-head interviews, archival photos and riveting dance sequences to paint a portrait of self-knowledge. “We belong to so many things that came before us,” Tribe reflects. “We carry these in our bodies.” In Poleng, the body becomes an archive – of culture, history and memory; of movement and feeling and social exchange. These coalesce in Tribe’s relationship to Balinese dance, through which she forms connections with other Indonesian women and the identity once withheld from her.

The film’s initial footage of Tribe dancing alone is joyously contrasted against later images of her performing alongside her teacher, Desak Putu Warti. Notions of home and identity are visualised in their unified, carefully articulated hand gestures. “That rhythm that flows through her can flow with me,” Tribe says. Though the feeling of one’s body in the moment is key to dance’s invigorating effect, dance also carries myriad, entangled histories. To move in Poleng is to speak back to that history at the same time as it speaks through you.

Meanwhile, Bonanza!, the package’s longest short, loses the fixity of a single identity in favour of an extended dance sequence imagining what our bodies might do if we had unlimited time, resources and energy – even unlimited selves. It’s the jubilant culmination of creators Harrison Hall, Justin Kane and Sam Mcgilp’s essayistic interrogation of the relationship between the body and technology. Incorporating interviews with new-media art collective NAXS Corp and artist Lu Yang, the short asks: what are the potentialities of virtual reincarnation and evolution? How might a digital body free us from the physical confinements of the material world? Or, more simply, how can technology make the body more than it is?

We see a flesh-and-blood physical form manipulated through surreal virtual environments: pixelated, then fragmented into discrete limbs, each moving to its own rhythm. The body is broken up and multiplied, stretched apart and put back together. The final sequence (which I won’t describe too closely, lest it lose its wild magic) sees an army of digital bodies moving in perfect unison, spiralling through virtual space, creating sculptures out of the (post-)human form.

In marrying the virtual and the physical, Bonanza! sensationalises what might be the defining focus of the Bodies in Motion package: how dearly we cherish corporeal sensation. In one of the short’s interview fragments, a member of NAXS Corp suggests that clubbing – in the West, at least – has already become “the new church”. It’s a point that’s difficult to argue with: what’s more sublime than the pulsating rhythm of a crowd of bodies?

The Bodies in Motion shorts package screened as part of the MIFF 69 program in 2021.