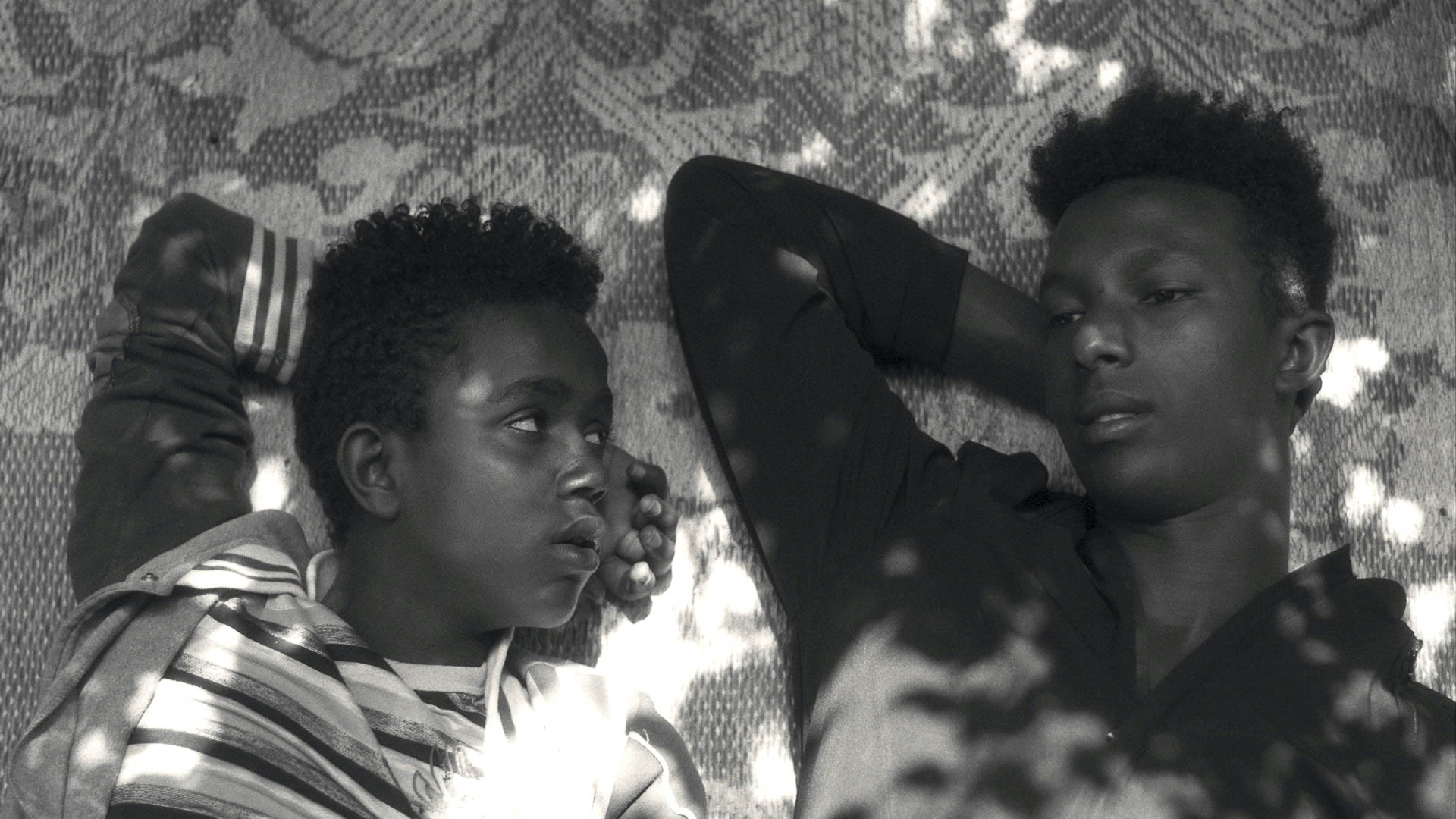 Light and Darkness: An Interview with Jessica Beshir

Faya Dayi, the feature debut from Ethiopian-born writer/director Jessica Beshir, blends a dreamily cinematic aesthetic with documentary-like observation to examine a community’s dependence on its cash crop, khat. Told from the perspective of a 14-year-old who lives in the predominantly Muslim city of Harar, the film is ambitious, poetic and eye-opening.

Critics Campus 2021 participant Louise Cain speaks to Beshir about intention, instinct and creating spaces for stories to unfold on their own.

Louise Cain: You’ve captured a sense of the economic and sociopolitical reality of khat production in a beautiful way, weaving together mysticism and poetry. Could you talk about your process and why you chose not to create a more observational documentary?

Jessica Beshir: Going back to my hometown, it was a process of reconnection. I’ve always felt really uprooted – my family left because of political turmoil. I started going back to visit my grandmother because she was getting very old. When I first started filming, it was literally an extension of what I was doing with her, because I would just sit there and film her hands. My grandma had a small garden where she grew khat, just for herself. People used to chew khat to meditate because it has a certain amount of amphetamines that keep you awake. People like my grandma, they were vestiges of these traditions.

But, now, khat is becoming a cash crop. Visually, the topography of the country has changed. The khat that I was used to seeing in these very intimate spaces has now completely dominated the land. I knew I wanted to transmit an experience, as opposed to giving the audience a load of statistics. The editors and I had this joke that, if you could google a piece of information, we didn’t need it in the film.

There’s also a theme of displacement, especially with the youth. Can you talk about that?

Looking at the world right now, we see the way refugees and asylum seekers are being treated, like in Afghanistan. I was thinking about the situation in Ethiopia. Prior to this new regime, we had a 27-year dictatorship that ruled with an iron fist. The youth were seeing their great-great-grandparents’ land being taken away and sold to investors [from] around the world – it was basically a land grab. They had absolutely no trust in any kind of opportunity because life had taught them that nothing would ever change. They were being persecuted, so they were leaving the country in droves, taking these treacherous journeys to the Red Sea and the Mediterranean by foot.

I wanted to give space to these very young boys, to show their lives before they take these horrible boat rides where they end up dead. They don’t have a choice. I wanted to give them space to be felt and understood. People have become completely desensitised to these tragedies. 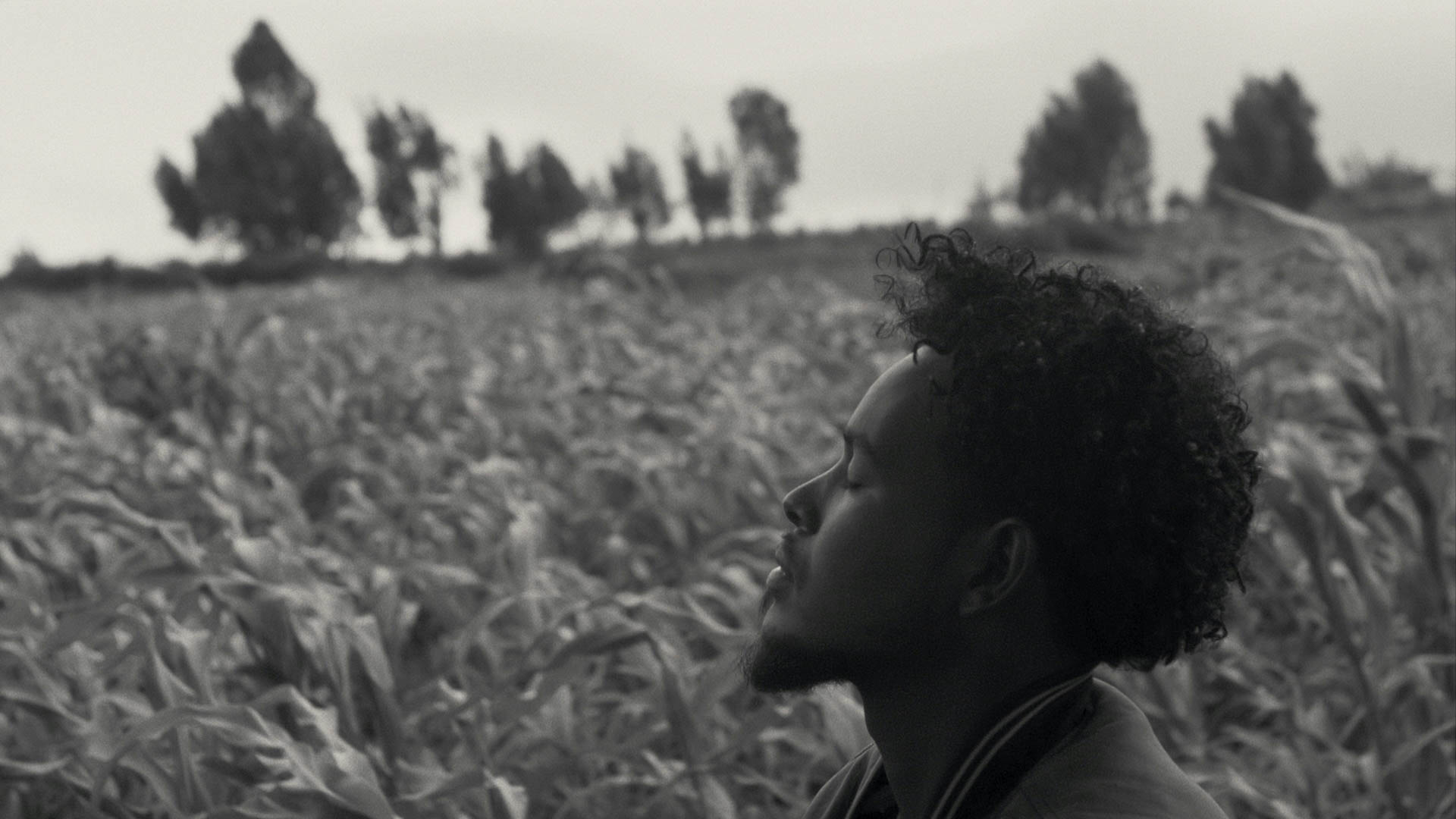 You’ve depicted those moments of intimacy between the boys so well. How did you approach language and translation when filming?

My grandma is Oromo, but I don’t speak the language; we grew up speaking Amharic. When the boys were talking to each other, I couldn’t understand them – obviously, they spoke Amharic to me, but between themselves they spoke Oromo or Harari. I just put the camera in front of them and asked them to talk. I would get the gist because, straight afterwards, I’d ask, “So, what just happened here?” I wasn’t so focused on language when I was filming; I was responding to energies, and I’m happy about that. It made me pay attention to other things, like body language and skin. It was a very special way of shooting.

Why did you decide to film in black-and-white? Also, there’s one moment of glowing red embers – could you talk about that choice?

It was my instinct to film my grandmother in black-and-white, with old videotapes. When I was learning about the genesis myth you hear in the film, about light and darkness, I could just envision the film in black-and-white. That one image of colour, that was also an instinctive choice. It was an impulse in post-production, guided by feeling.

The whole experience of making the film was about following my instincts without being burdened by this question of story. I would write myself Post-it notes and stick them up all over my house, my studio, so that when I looked up, I would read: “Forget about the narrative.” When I was feeling really certain about the direction of the film, I would email myself because I knew that, down the line, I would have moments of insecurity. I wrote a note to myself that I would rather fail by following my instincts than make a passable documentary. It was about trust.

What were some of the challenges you faced in shooting the film? I know that you shot a lot of it yourself, and you did the sound recording, too.

It’s challenging, carrying a camera and a tripod all around the country! Over time, I became lighter and lighter. Fortunately, I always had these kids surrounding me when I was walking around and filming. Kids are curious. They were like, “What is she doing?” That’s actually how I met the main boy in the film, Mohammed.

A lot of the time, it was just me filming on my own. I was reconnecting to the country and to the people with my camera. I spent a lot of time learning how to listen with my whole being, how to be patient. I don’t think, if I had a full crew, I would’ve been able to have such personal experiences with people. These moments, they were like gifts. They were my joy.