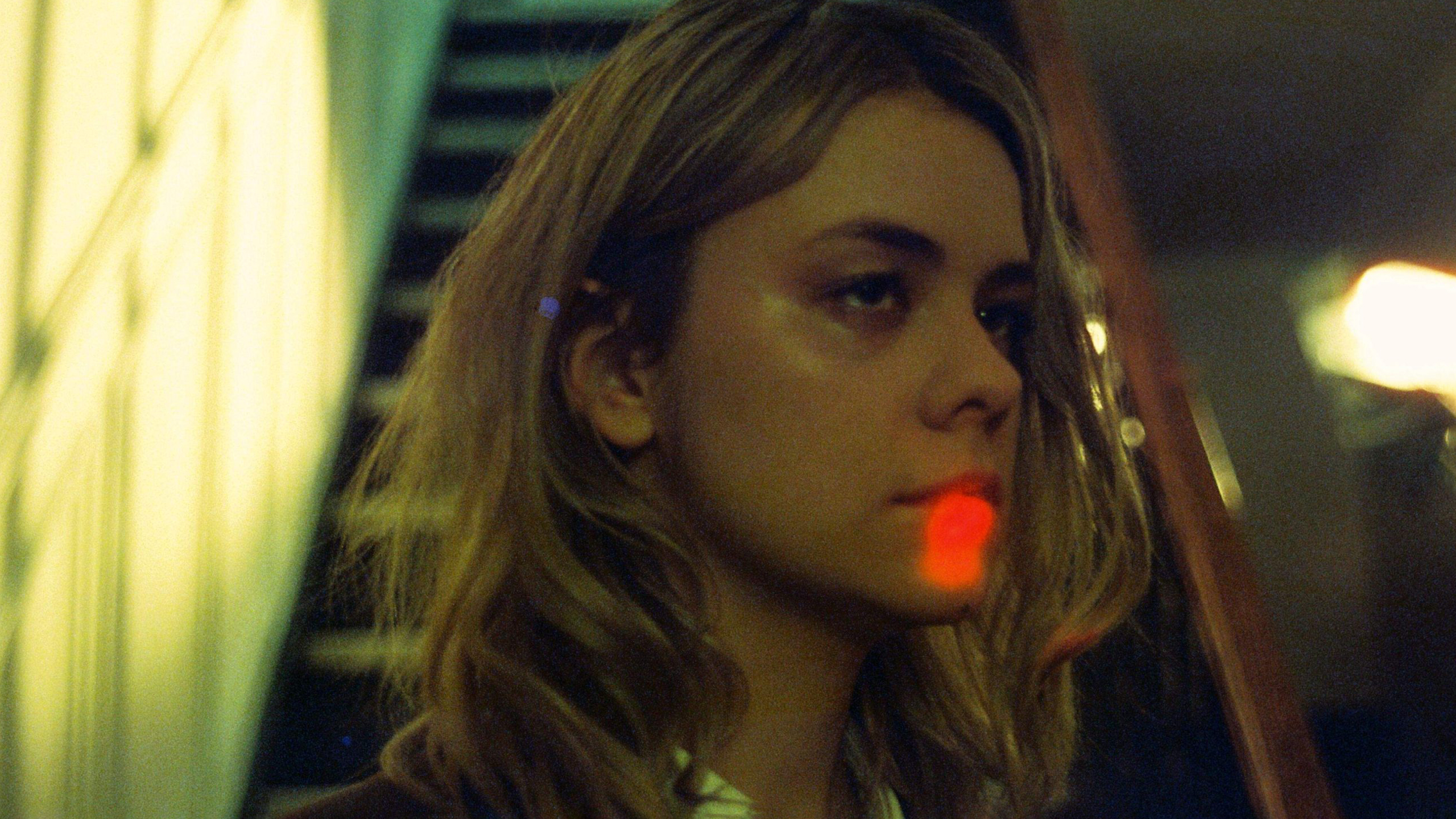 A Fantasy of Control: Agency and Abrasiveness in The Scary of Sixty-First

On 10 August 2019, Twitter, for possibly the first and last time, was in agreement: convicted sex offender Jeffrey Epstein, who had been found hanging in his Manhattan jail cell, did not kill himself. The conspiracy theory became both a fait accompli and something much more powerful: a meme.

In the immediate aftermath, actress, writer and podcaster Dasha Nekrasova wrote, directed and starred in her first feature film, The Scary of Sixty-First, a black comedy about twentysomething friends Addie (Betsey Brown) and Noelle (Madeline Quinn), who move into an Upper East Side apartment formerly owned by Epstein and used by his clients.

A day later, Addie is seemingly possessed by a 13-year-old girl who died in the apartment, while Noelle becomes obsessed with uncovering the truth of Epstein’s network after an unnamed woman known as The Girl (Nekrasova) barges into the apartment as part of her own investigation. Noelle and The Girl team up to ‘research’, which largely involves scrolling through the internet while on amphetamines.

In co-writing Scary, Nekrasova and Quinn were reflecting on their own Epstein-induced spiralling. “My character in the film, her obsession with the Epstein saga was very true to my experience of it,” Nekrasova told The Saturday Paper in 2021. “It was a fantasy of control, and I think I just felt so, so out of control.”

The film’s nimbleness – they began shooting in January 2020, five months after Epstein’s death – is nothing new to Nekrasova, who is best known for co-hosting Red Scare, a podcast that weighs in on the week’s cultural controversies while often creating its own. Since Red Scare began in 2018, Nekrasova and her co-host, writer Anna Khachiyan (who cameos in Scary as a Ghislaine Maxwell lookalike), have been labelled as leading voices of the ‘dirtbag left’, a group of podcasters who deride identity politics and political correctness, expressing frustration at the capitalist hollowness of liberal culture.

While the duo have continually offended people with their unapologetic use of slurs, criticisms of both the #MeToo and Black Lives Matter social movements, and allegations that they promote eating disorders, they currently make almost AU$60,000 a month from subscription service Patreon, where they post irregular bonus episodes.

It’s not the ghost of Epstein or his victims that haunts Scary, but Nekrasova’s notoriety. Reviews and coverage invariably reference Red Scare, and criticisms of the film – that it’s in poor taste, that it’s an incoherent mess of ideas more concerned with being provocative than with providing insight – echo criticisms of the podcast.

And as with the podcast, this film’s fans wouldn’t necessarily disagree. Scary is intentionally combative, made with the same love of the incendiary that saw Red Scare release ISIS-themed merch. (Scary’s use of ableist and homophobic slurs and the insult ‘cuck’ will also be familiar to listeners.) 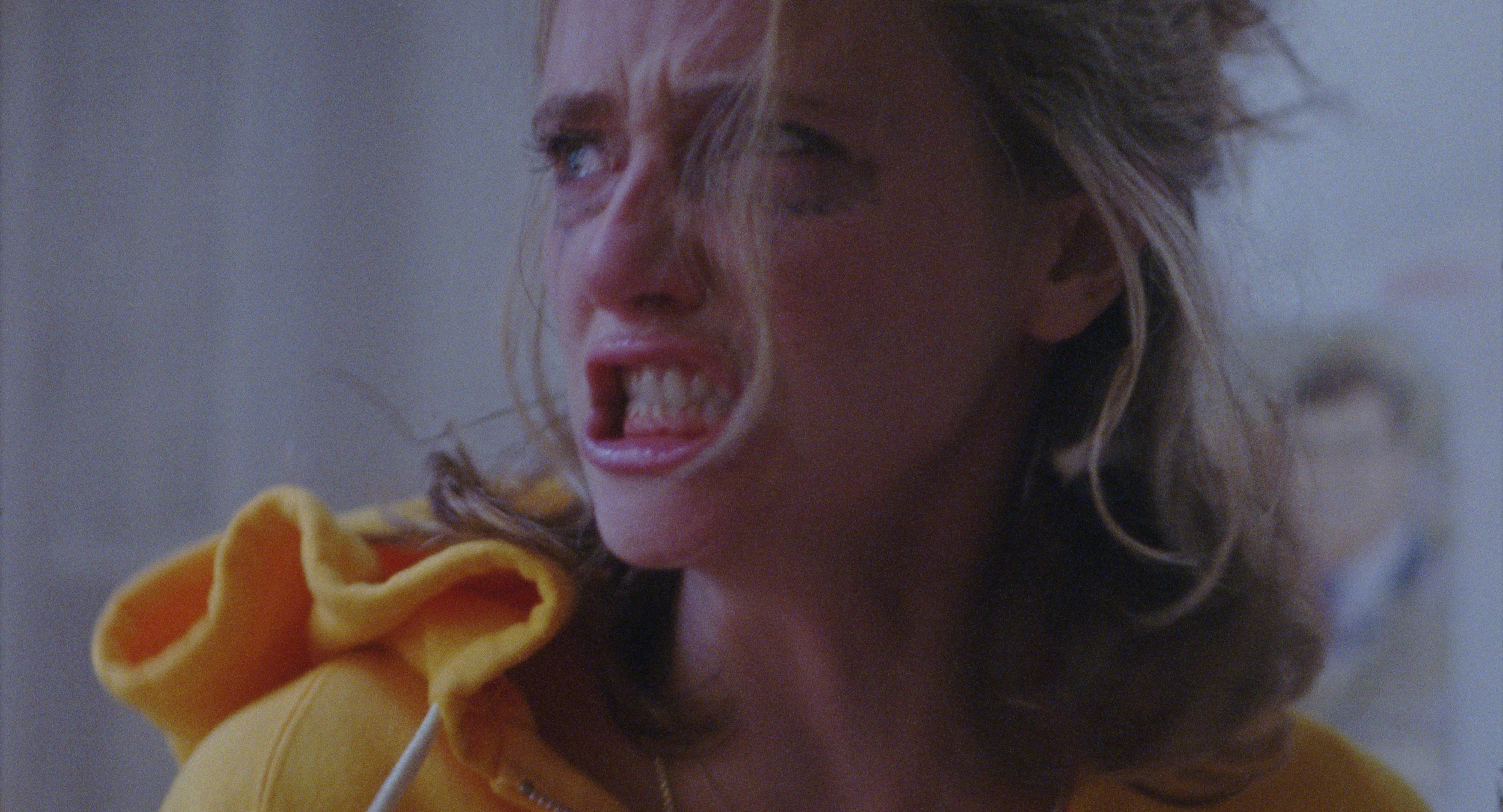 The Scary of Sixty-First

Scary also operates according to a manic logic: just as Noelle and The Girl run with anything that could be considered a clue to Epstein’s death, Nekrasova’s film is a grab bag of references. Its plot recalls Roman Polanski’s 1976 film The Tenant, while scenes and characters are pulled from Andrzej Żuławski’s Possession, Stanley Kubrick’s Eyes Wide Shut and Mary Harron’s American Psycho (MIFF 2000). The slow zooms, odd camera angles, film-grain effect and Eli Keszler’s anxiety-inducing score are pure giallo. This is all paired with vocal-fry mumblecore dialogue and apathetic acting, save for any scenes involving sex – including, when Addie is possessed, a frenzied masturbation scene featuring countless tabloid photos of Prince Andrew.

There’s a mimetic glee to the references, thanks to the playfulness with which Scary either copies or modifies them. Rather than using horror tropes to manufacture fear or tension, Scary pokes fun at its characters’ doomed fates – despite their Vyvanse-fuelled rants, Noelle and The Girl make absolutely no tangible progress towards uncovering the truth to Epstein’s death. There is no agency here, other than the agency they convince themselves they have.

Instead, as Jessa Crispin notes in a scathing review for Another Gaze, things “just happen”. Like its characters, the film fails to offer any grand insight into Epstein or the perversion of powers that fascinated Nekrasova. Instead, it captures a desperation for the giddy high that comes with ‘getting it’, whether it be a conspiracy, a meme or power itself.

Prior to Scary, Nekrasova’s most defining work in film was 2018’s Wobble Palace, which she starred in and co-wrote with director and regular collaborator Eugene Kotlyarenko. The film details the breakdown of a dysfunctional relationship between two Bernie Sanders supporters and LA creatives on the weekend before Donald Trump’s 2016 election win. In one scene, Nekrasova’s character reveals her biggest fear is “being basic” before an online quiz confirms that her love of Uggs and brunch makes her just like everyone else.

This desperation to be above the masses is the guiding philosophy not only of Nekrasova’s character in Scary, but also of the film itself, not to mention Red Scare. To be basic is to be a cultural and political sheep, powerless to effect any change, let alone have the self-respect to know you should demand it. Behind Scary’s abrasiveness is a pervasive rage – and a boredom at continually feeling that rage – not limited to or even particularly interested in Epstein’s crimes.

It is the same energy that pulses through Red Scare, as the duo dissect how the week’s liberal ‘discourse’ misses the mark (whether the topic is Demi Lovato, non-fungible tokens or Palestine), explaining how the true oppressive forces of class are hampered by pop-activist outrage.

The Scary of Sixty-First not only details how conspiracies offer a way to separate your life from the sleeping masses, but captures how liberating it can feel to flirt with risk.

The Scary of Sixty-First was originally slated for the MIFF 69 program in 2021.