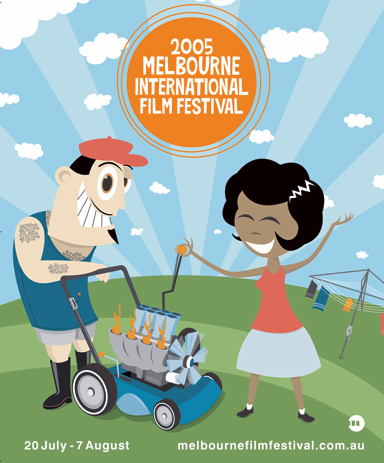 Program in Focus
The 54th festival continued to feature films grouped under International Panorama, Australia Showcase, Raw Japanese Cinema, Regional Focus The Middle East in Focus, Documentaries, New Media, Music on Film, Animation Gallery and short films streams. Homage was paid to Japanese director Uchida Tomu and a collection of his features from the 1950s and 1960s was screened. Cinema from Argentina was put under the spotlight, as was new female filmmakers from Europe. Hong Kong's acclaimed iconoclast Fruit Chan was a guest of the festival and a selection of his films were screened.

Each year Melbourne International Film Festival acts as a lightning rod for currents in world cinema, and indeed' chronicles world events. In 2005, we check the pulse of contemporary China via the celebrated filmmaker Jia Zhang-ke and his cinematographer-turned-filmmaker Yu Likwai. Amid the bustle of Hong Kong, Fruit Chan has been revealing, often wittily, the daily travails of the city's people. This year; Chan is our filmmaker in focus.

Again MIFF focuses on the myriad cultures, and sometimes conflicts, of the Middle East, with Kurdish Iranian filmmaker Bahman Ghobadi central to 'Homelands Now'. As member nations of the European Union muse over a future constitution, iconoclasts such as Moodysson and Denis engage with notions' of freedom and identity, as our 'New Europe' spotlight reveals. Meanwhile, auteurs as diverse as Bergman, Ruiz and Tsai put forward arguments for what cinema can and should be.

Back in Australia, the argument has a rather different tone. 'Australian Showcase' reveals cinema that is spirited, playful and challenging. I believe these filmmakers prove Australian cinema is far from moribund, as some would have us believe. This is an argument I'm prepared to have with anyone!

Introduction taken from the 2005 official guide