What brought you to Australia in the first place, to go all the way back?

Elizabeth Povinelli: I went up north in 1984 and I met the parents and grandparents of what are now the Karrabing Film Collective. I was there for a year and they were involved in a huge land claim. In Australia, indigenous people can’t represent themselves by law. They’re forced to be represented by lawyers and anthropologists, so they were like, “Why don’t you come back and be a lawyer for this land claim?” and I was like – ugh, please, I don’t want to be a lawyer. So they were like, “Well, we have to have an anthropologist.” Then I started – since 1984 – coming back and forth. So, for 34 years, I’ve grown up with the people who are now part of the collective.

Last night at the Q&A you said it was around 2006 that you started making films?

EP: Yeah, 30 or 40 became homeless, and this, 2007, was before the intervention. The government pulled out all funding from the bush. We were sitting around and, like Linda said, were thinking of doing a multimedia, GPS-GIS based multimedia project. The ABC was really interested because they wanted to do positive stories about indigenous people during the intervention, because they were sick of negative stuff. Then, some other side of the family blocked that. I can’t remember who specifically came up with the idea. Anyway, whoever did just said, “Let’s represent what’s happening within our lives, let’s just make movies about what we’re going through." Everybody said yes, and we eventually started making Dogs (When Dogs Talked, 2014) in 2010, or maybe 2011 or ‘12?

EP: Yeah, and we’ve been at them since.

Film just seemed like the right medium for all of you?

CL: With film we could tell our stories differently and do justice to our people, show what happened to us.

LY: We just had to make movies, eh?

EP: Yeah, and since we’ve been doing it, we’ve just been spreading the issues that have been happening around everybody’s lives. With film, you can get the big wide world, you can get more people.

EP: No, no, you’re right, struggling with words, we struggle too. You know how you put it once [Linda Yarrowin], you said it’s true life, but it’s got a story. So what people say is what people would say. What we do is what we would do. What the dreaming doing is what the dreaming does, hey? 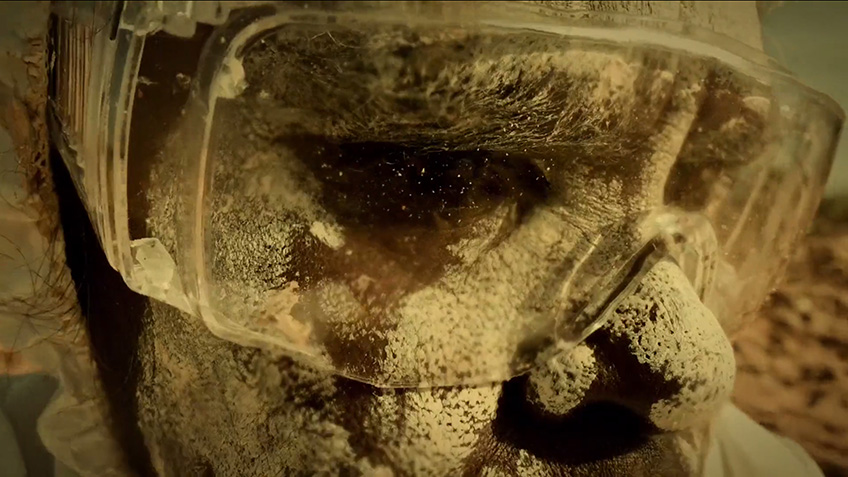 But even watching the early shorts I can tell that there’s a clear practice that’s being developed over time, despite how freewheeling and spur-of-the-moment the films can be. Would you say you’re developing a voice, a collective voice, perhaps?

EP: Everybody is an individual and it’s a collective, right? And that’s what we’re saying, so even when we use an iPhone [to shoot] that’s two to three iPhones and there are three main people who do it [film]. There’s me, Natasha [Bigfoot], “Jane” [Sheree Jane Bianamu], but then it could be Katrina [Bigfoot], also. Aesthetically you have all these different points of view, so when you come to see the film you get a multi-dimensional feeling of a landscape, that you wouldn’t get if it were just one person. That’s not, aesthetically, what we’re trying to do. We’re all together but we’re each a little different.

I noticed as well, there’s one aspect of the films which I find interesting, with regards to dubbing and subtitling. I’m not sure if it’s done for purely pragmatic, but –

EP: No, there is a reason because different people have different literacy. For one thing, not everybody can read. Then we say, that proper English, it’s upward, it makes people feel weird because maybe we’re not speaking proper English.

I noticed with swearing, also, any other film with that censorship in mind would censor both the subtitles and audio, whereas you only censored the text. I wondered if you could elaborate on this decision?

EP: We just do it the way we think is – we tap things down a bit, because we know you wouldn’t believe it, but we’re not going to make it nice. When you make the picture so smooth and easy, everybody’s like “Oh yes, I didn’t hear that but I know what they’re saying”. Life is rough where these people live. We watch TV and we watch films, and, yeah, I know something, we all know something. But we were never trained in filmmaking, so partly we don’t even know half the time that we’re breaking convention, and now we don’t care.

Too many people care, I think. Or at least they care too much, or for the wrong reasons.