Transformation and Self-Destruction in Anne at 13,000 Ft

Anne at 13,000 Ft opens with Anne (Deragh Campbell) delicately plucking a butterfly off a bush. She places it on herself, then lets it crawl around the eager, open faces of the children grouped around her. Patient to a point, the butterfly flies off when it has had enough. It’s a simple yet effective opening that speaks to the heart of the film. While the butterfly can fly away, Anne is stuck firmly on the ground: in a job that is tiring, a mind that conspires against her and in a life boxed in by routine.

Since its premiere at the Toronto International Film Festival in 2019, Anne at 13,000 Ft has been praised as an intimate, non-judgemental character study of a young woman suffering from an unspecified anxiety disorder. Anne, played with brilliant realism and rawness by Campbell, lives alone and recently started working at a childcare centre. She’s great at her job, perhaps because she is in many ways similar to the children in her care. She’s playful and prone to giggling fits, but is quick to defensiveness when told off.

Yet Anne also has a tiredness unique to adulthood, which manifests in volatile emotional swings and erratic behaviour. She has little consideration for the rules at her work, much to the frustration of her older co-worker, who brazenly asks her, “What is wrong with you?”

Anne’s fractured mental state is effectively conveyed by writer/director Kazik Radwanski through an unusual, almost documentary-like filmmaking style, combining non-actors, intimate cinematography, and a lithe and efficient editing style. The camerawork by Nikolay Michaylov is notably close and frenetic throughout, demonstrating the anxiousness and claustrophobia of Anne’s day-to-day life. Michaylov allows little breathing room between the camera and its subject. In close-ups, we see the tiredness on Anne’s face and, moving as she moves, feel all the draining physicality required of her at work.

A rare moment of stillness comes, ironically, when Anne jumps out of a plane at the bachelorette party of her friend Sarah (Dorothea Paas). Falling through the air, unburdened, Anne is afforded a rare moment of peace. As she later tells Sarah, “I didn’t feel scared at all.” Once on the ground, it appears as though the experience has changed her, given her a glimpse into a new way of being. It awakens something in her, teasing the possibilities of a life free from draining responsibilities. Standing on the roof of the childcare centre, Anne confesses to Sarah, “Ever since we went skydiving, I just wanna be really high up.” Anne wants to go again, by herself this time, and the rest of the film follows her lurching journey towards her first solo jump.

As well as being a film about mental illness, Anne at 13,000 Ft is a story about the desire for transformation that exists to some degree within all of us – a yearning to break free from routine, to be changed somehow, and to be destroyed and reconstructed anew. 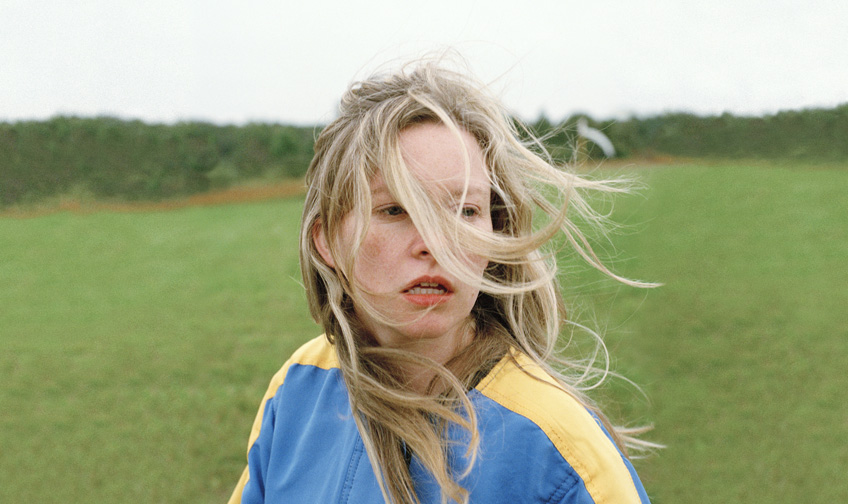 For Anne, the 13,000 feet between the plane door and the ground represent a liminal space, one in which she becomes something different – lighter, more peaceful, free from the troubles of work, family and relationships. Skydiving exists in stark contrast to the anxiety and claustrophobia of Anne’s life on the ground. The freefall offers a rare space wherein she isn’t scared at all. Ultimately, however, the brief transformation offered by skydiving is not a feasible alternative to real, long-term change. It’s a false promise.

Anne has a small network of friends and family who could potentially help her make this long-term change. At work, she has Sarah’s friendship; at home, she is visited by her family, who treat her with a careful tenderness. At Sarah’s wedding, Anne meets the kind and boyish Matt (Matt Johnson), who could be the stabilising force she needs.

But Anne has a tendency towards self-destruction. She purposely antagonises her co-worker, flirts with shoplifting and behaves in ways she knows will threaten her relationships. As her mental health deteriorates, Anne distances herself from the support networks around her, instead placing all hope of transformation in her upcoming solo jump.

Anne’s increasing focus on skydiving at the expense of more sustainable self-development builds a quiet sense of doom, a feeling that something terrible is about to happen. The whole film sits teetering at the edge of the plane door, high above the ground.

Everything leads up to the moment of the second jump, but it’s not going to provide what Anne needs. The truth – and tragedy – of Anne’s story is that the transformative space created through skydiving can only ever be fleeting.

After all, those 13,000 feet only offer mere seconds of escapism, followed by all that heavy time to fill back on earth, waiting around to go back up again. The film suggests that, as much as Anne wants there to be, there are no shortcuts to a more stable sense of selfhood, or a healthier mental state. She cannot fall forever.

The film’s final shot is striking and open-ended. It is left unclear whether Anne ultimately finds a sense of peace and wholeness while on the ground, a balance between the fatiguing monotony of daily routine and her tendency towards self-destruction.

Perhaps she will, in some unknown future, achieve the transformation she longs for. Perhaps the film is not about a rapid plunge, but is instead a small part of a larger, slower unfurling. As one of the little girls at the childcare centre says in passing, while dancing around with a piece of fabric, “I’m like a butterfly, I emerge.”