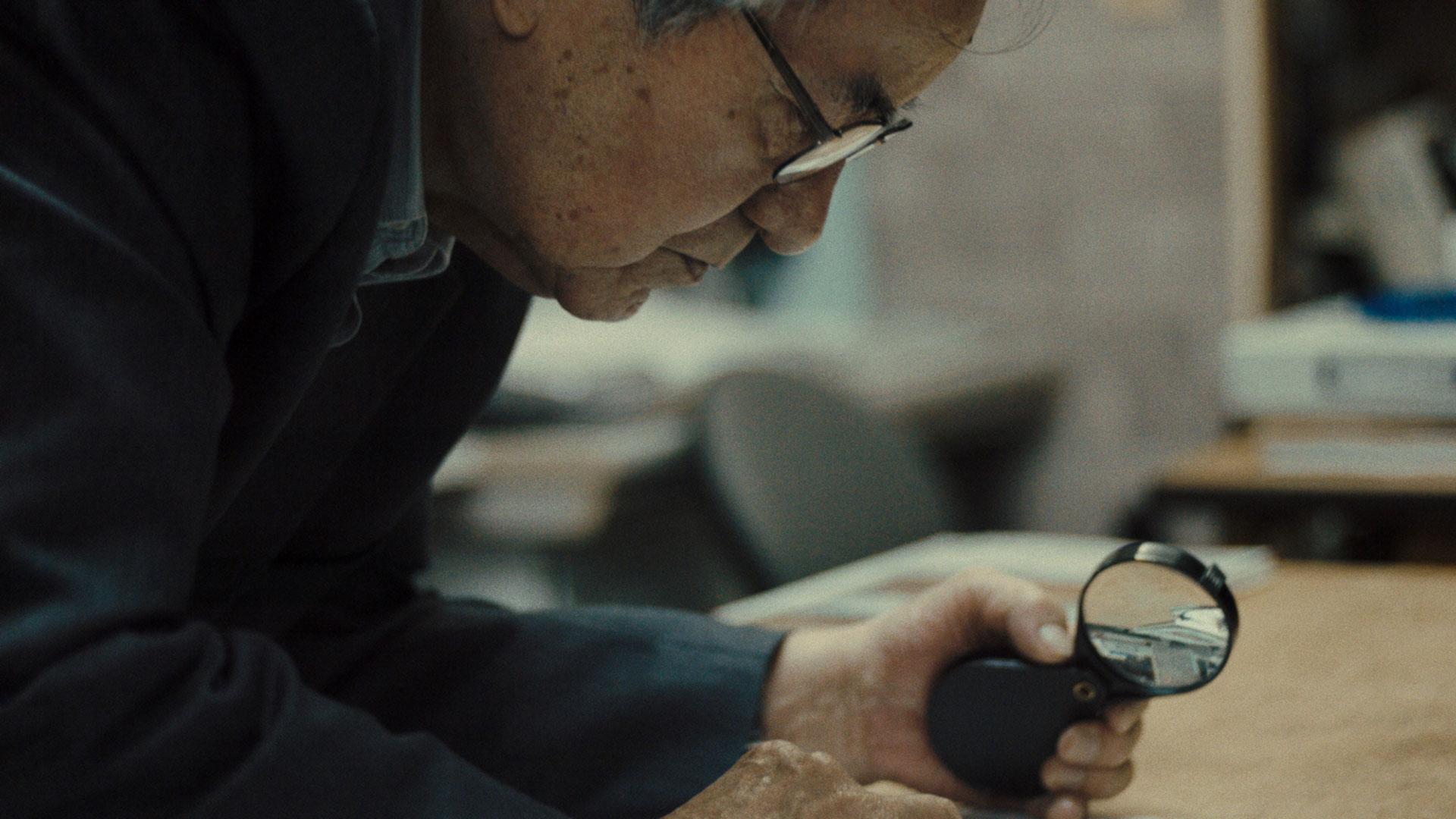 In Paper City, three elderly survivors of the 1945 firebombing of Tokyo fight against bureaucracy and indifference to ensure that the event and its victims are not forgotten. Supported by the MIFF Premiere Fund, the feature debut of MIFF Accelerator Lab alumnus Adrian Francis (Lessons from the Night, MIFF 2009) is a poignant exploration of trauma, remembrance and the State’s role in gatekeeping accounts of history.

Paper City features harrowing testimonies from three survivors of the 1945 firebombing of Tokyo, and the film itself is anchored on the 70th anniversary of the bombing. How did you first arrive at this event as the subject for your documentary, and how did you find these three survivors?

Adrian Francis: When I first lived in Tokyo 20 years ago, I didn’t really know anything about the firebombing – and certainly not that it was the most destructive air raid in history. Then I saw the Errol Morris’ documentary The Fog of War, which had a short sequence about the 10 March bombing of Tokyo. That really struck me: in a single night-time attack, 100,000 people were killed and at least a quarter of the city was destroyed. This was a war crime by anyone’s measure. After the shock of these numbers, I began to think a bit more. Where were the memorials to this in Tokyo? Why didn’t it seem to occupy more space in the collective consciousness of the city? Who were the survivors? Were they reluctant to talk? Would they rather forget?

I began to do some research and found a small private museum dedicated to the air raids. I also contacted a survivors’ group, which for years had been campaigning for the building of a memorial and peace museum, as well as reparations for what they had lost. The thing that struck me was that these people were so compelled to memorialise the attacks and their losses – their families and friends, their homes, their livelihoods. Their problem was that few people were listening. So they were very open to sharing their stories with me.

The human desire to be remembered is a prominent theme. Do you see a connection between the act of memory-making as depicted in the film and your role as filmmaker/documentarian? Given the film’s subjects were at the very latter stages of their life journeys, did you feel a special responsibility towards them, and how did you reconcile this with objectivity?

Absolutely. Essentially, what these survivors have been doing for decades is telling their stories in whatever way they could manage – whether through testimonies, interviews, books, paintings or protests. They just want to leave behind an imprint on the public memory that will outlast their own lives. That desire to leave something behind resonates very strongly with me as a filmmaker, but is fundamental to all of us: to be heard, to be known, to be remembered. I think the great fear of the survivors in our film is that, if they don’t pass their stories on, the firebombing will soon slip from public memory – effectively, as if it never happened.

This is why we wanted to tell the story exclusively from the point of view of civilians who were on the ground that night – a point of view that is missing from most discussion of the air raids. Even now, when the firebombing is discussed in the West, it’s often through a lens of US military strategy. Malcolm Gladwell’s recent book The Bomber Mafia doesn’t stray too far from this line, either; the story of the firebombing is framed in terms of military politics and the struggles between powerful generals. The 100,000 dead are not much more than a footnote in this version. So our film has never been concerned with objectivity. We just want people to think about another strand of this story.

The documentary features some amazing – and rarely seen – archival footage. Can you tell us about sourcing this footage and its role in your film?

We thought early on that we couldn’t feature archival material in the film because virtually no footage exists of that night. Very few civilians had cameras and, during the attack itself, they were literally running for their lives. But our historical consultant and executive producer, Professor David Fedman, came across some footage of Tokyo burning below, which was shot from US B-29s. We believe this is the only footage that exists of that night.

In the editing, we began to realise that we wanted something to help illuminate our survivors’ stories. We sourced some incredible footage from the Japanese public broadcaster NHK, which has a huge library of wartime and postwar newsreel footage. It really provides a window into the suffering of civilians, and into the way Japanese wartime propaganda was priming people to sacrifice their own lives for the sake of the nation. We also use some US wartime propaganda footage in the film’s prologue, which shows how the attacks on Japan were framed to the US public at the time. I think this archive really sets up how civilians were at the mercy of these two powerful governments.

Can you tell us a bit about your experience of living for an extended time in Tokyo, making such a culturally-specific and, for the subjects, deeply personal film? What cross-cultural issues did you encounter, and what do you see as a filmmaker’s special responsibilities here?

I remember joking with our Australian director of photography, Brett Ludeman, that I didn’t want any cherry blossoms in the film. I just wanted to avoid all the clichés about Japan that Western media inevitably goes for – you can see this in a lot of the Olympic coverage. In the end, it happened naturally, because all the things that seduce visitors are just part of the fabric of the place I live in. I don’t notice them anymore. That said, I think one cherry blossom shot snuck in.

The biggest issues for me were working within the limits of my modest Japanese language ability, particularly while we were shooting. I’m not so used to speaking to elderly people, and the language of wartime can sometimes be difficult even for younger Japanese to understand. Looking back at our footage, there were times when I realised I didn’t fully grasp what was being said to me at the time – and that I missed opportunities to follow up with a question.

The other challenge was conveying our intentions to the three survivors featured in the film, who were all in their 80s and 90s when we shot. While they were used to short interviews with news crews for the anniversary of the firebombing, it was harder for them to understand a more observational approach, coming back again and again to shoot over a year-and-a-half. I’m sure they got a little frustrated with me at times, but they were always gracious and open.

In the context of a still conflict-ridden world, what would you like audiences to take away from your film?

The bombing of cities during World War II was the blueprint for how conflicts are often played out now. Air warfare – including drone strikes – allows the attacker to inflict maximum damage to the enemy while minimising the loss of life on their own side. This efficiency makes it easier for governments to justify attacks to their own people. In the days when large numbers of Australian troops were on the ground and dying in wars, the pushback from the public was much stronger. Now, we barely notice or remember because we don’t pay a price. The people on the receiving end, however, never forget. The psychological scars remain long after the physical ones have healed.

We’ve recorded the stories of survivors in our film, but it’s only a beginning, in a way. In a handful of years, there will be no living survivors of these attacks. But if people watch our film and have conversations with those around them, they become part of this transfer of memory – so what happened to these civilians on 10 March 1945 isn’t forgotten.