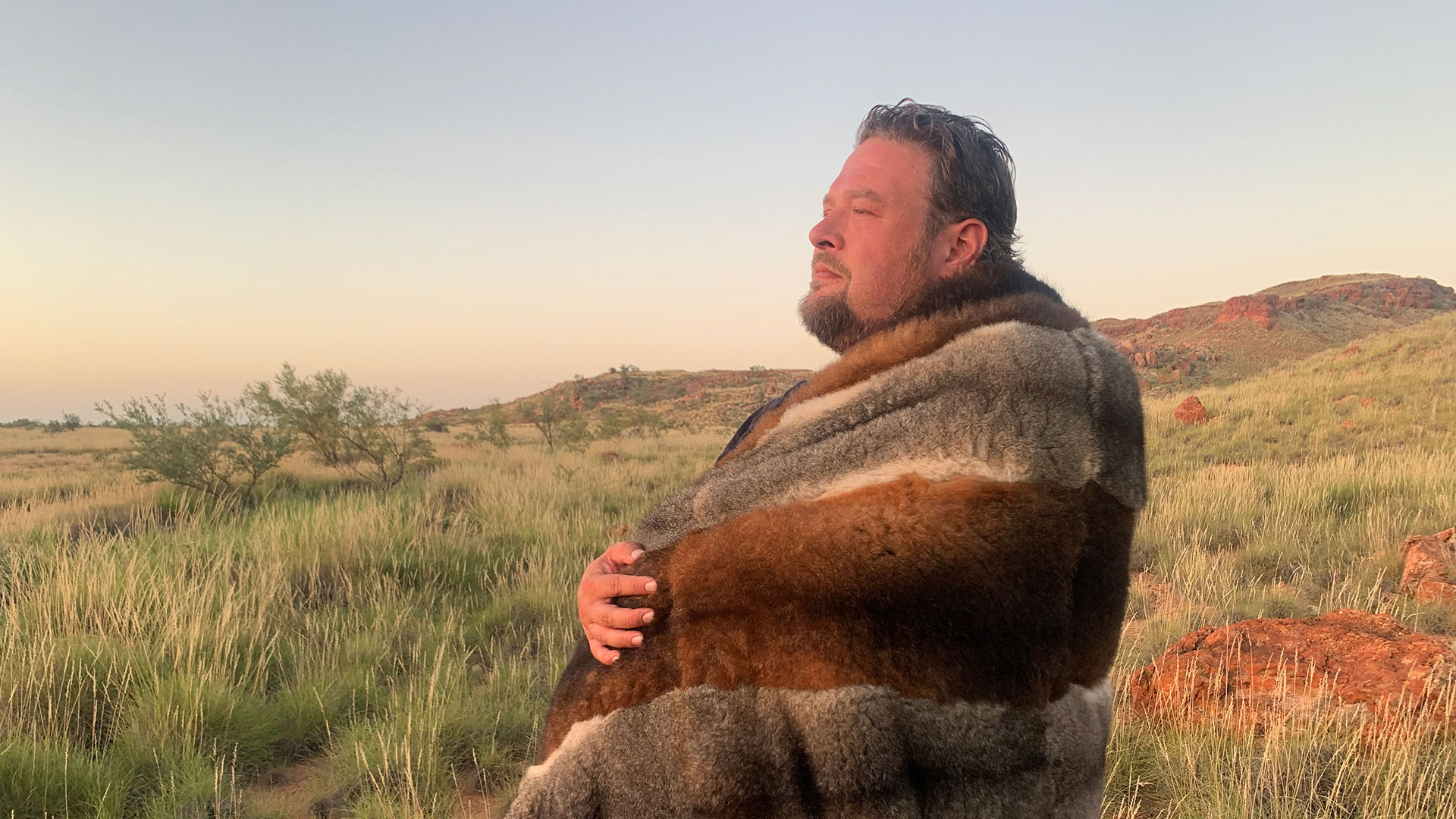 Ablaze follows opera singer turned debutant director Tiriki Onus as he investigates his grandfather Bill and the unearthed film reel that suggests he might have been the first ever Aboriginal filmmaker. Supported by the MIFF Premiere Fund, this historical kaleidoscope embodies the power of art to educate and to stimulate social change. We spoke to Onus and co-director Alec Morgan about this compelling untold story of activism, resistance and politically-driven art-making.

The film is a deeply fascinating insight into Australia’s civil-rights history, told with extraordinary attention to detail. How did you come to collaborate and go about researching this history?

Alec Morgan: Most of the documentaries I have made over my long career are about Australian history, especially Indigenous history; therefore, I have accumulated a vast knowledge of archival film collections. In 2014, a curator from the National Film and Sound Archive asked me If I could identify anyone in a mysterious film they had in their collection but knew nothing about. I recognised Bill Onus and his brother Eric in it, so I contacted Tiriki to see if he knew anything about it. He didn’t – but told me the story of Bill making movies and them being burnt up in a caravan fire. We decided to make a documentary about this mysterious film with the question: How was Bill Onus involved, and was he the first Aboriginal filmmaker?

Ablaze draws heavily on archival footage, lending a really tangible and cinematic quality to its storytelling. How important was it for you to unearth this footage from Australia’s audiovisual archives?

AM: Vitally important. Tiriki and I thought it right to give depth to the film via the archival footage – to give visual evidence that this past did really take place. Important for us to return this knowledge to Australia, especially to Indigenous Australians, and show future generations the struggle for equal rights in this country. We wanted to show that equality in this country was not granted by big government; it was won by Indigenous activists.

Research took a long time because of the lack of documentation of Indigenous history. Luckily, Macquarie University in Sydney financially supported me in doing the research and development. This enabled us to research in depth and find the right archival footage, and even film some interviews.

The difficulty with this type of documentary filmmaking is the financial cost. Copyright on archival film and images can be very expensive. Our thanks to Film Victoria, Screen Australia, Create NSW and you guys, the MIFF Premiere Fund – without this backing, Ablaze would not exist today. Getting the financial backing really put the wind in our sails to keep going and get it finished and out to the world.

What were the most surprising things you uncovered during the making of the film?

AM: To discover how much important history that was inside that unknown 10-minute, silent, 70-year-old footage. Discovering the background to the images took a long time, but each discovery was incredibly exciting.

As with any film about history, there are always lessons for the world today. What are the key lessons here?

AM: Bill Onus, like other Aboriginal activists, spent his life trying to get Australia to listen to what Indigenous people wanted. And history has proven that Bill was right and the racist policies of the past were wrong. Unfortunately, we are still not listening and still not acting on what Indigenous Australians are asking for today. We need to start to believe and trust that Indigenous people know what is best for their communities and their future.

The film implies the arts has a key role in the unfinished business of reconciliation; what would you like to say in this regard?

AM: If our past racist policies by state and federal governments were carried out as planned, we would not have today, in Australia, any Indigenous languages, cultures or communities. We would not have today the wonderful music, the fantastic filmmakers, the brilliant art, the rich cultural activities. The roots of all Indigenous cultures go deep into the land, our mother. You may try, but you cannot destroy it. It will keep growing and evolving; it is a major key to reconciliation.

Opera singer, academic and, now, debutant film director; how do you, Tiriki, feel about the transition to filmmaking? Would you like to continue working with the form – perhaps in the legacy of your grandfather?

Tiriki Onus: As an artist who has always revelled in collaboration, there would seem, to me, to be no greater collaborative artform than that of film. While I may struggle to live up to the lofty heights set by people like my grandfather and his contemporaries, I’ve certainly ‘got the bug’ now and can’t imagine a world in which I don’t continue to make films. In many ways, it’d be irresponsible not to. There’s plenty more stories to tell, and I’ll always be grateful for the tremendous privilege I enjoy in being able to tell them.