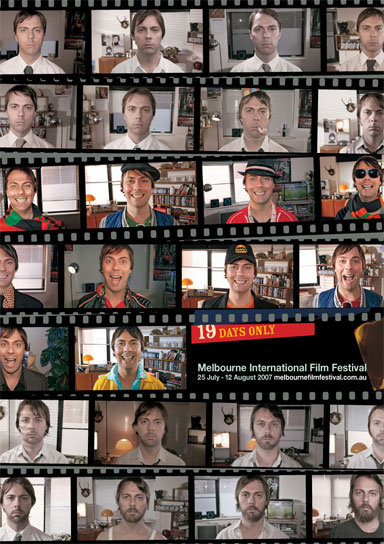 Program in Focus
The 55th MIFF - Richard Moore's first - program featured a focus on debut films from European directors and a reinvigorated Israel cinema industry. Magnum in Motion presented a collection of 19 documentary films centered on the work of the world's most prestigious photographic agency. African cinema was put into the spotlight. Homage was paid to award-winning Japanese writer, director Hirokazu Kore-eda. Forbidden Pleasures focused on human sexuality, and a collection of horror films was screened.

As you will read below, the Victorian Government generously granted MIFF extra financial assistance in the recent State budget. We are enormously grateful for this vote of confidence. It will enable us to launch an official industry programme – 37 South: Bridging the Gap – and to implement the MIFF Film Investment Fund as a ‘second door' for Victorian filmmakers. With a little bit of luck, we hope to screen the first results of this fund at MIFF next year.

It's a privilege and an honour to be at the helm of this organisation at such a critical time in its development. This year, the programme sees the return of some old favourites along with some new programming slots – in particular, a new experiment for the younger members of our community called Next Gen and a new focus on Indigenous filmmaking from around the globe, World Stories. There is much to see and do, impossible to condense in this space, so take your time to go through the programme in detail and enjoy.

I'm immensely grateful to all those who have helped me through this first year, in particular to the MIFF staff and to the highly active and supportive MIFF board. Thank you all.

MIFF, without stating the obvious, is pleasurably no longer the film calendar's best-kept secret. And its global reputation... astonishing... It's spoken of in hushed tones with glowing exhilaration.

Even though I've hung out with the provocative, mercurial and entrepreneurial cinematic brain of that congenial party-boy and sly cineaste James Hewison for the past six years, the baton has now been passed onto an equally subversive adventurer in the shape of Richard Moore and we all heartily welcome him to this unique festival. Let's truly assess what we've got. Cannes, Berlin, Toronto and Venice - they all launch the big rockets… Hollywood monoliths, edgy art-house monthly flavour alumni, aberrant thrilling one-offs, controversial prizes, red carpet mania bouncing between timeless artistry and cheap stunts. MIFF is a different deal. We showcase global cinema in the relative sanity of the lower hemisphere. The quintessential MIFF-goer knows and has seriously discovered comprehensive films and moviemaking on all levels – documentaries, features, shorts – homegrown and from Asia, the Middle East, South America, Korea… you name it. Major creative identities have been programmed, then visited and blown us away. Thank you, James, for all of that. And now Richard is opening up Africa. Time to genuinely explore!

Global village? In my youth, it seemed like a reductive term… perhaps we were all slowly becoming the same. Great global cinema proves how different we all really are. The world is not shrinking. It's expanding, demandingly and exponentially. So much to learn, to understand. So much, cocooned in the dark for a couple of hours, to embrace and to treasure.

Introduction taken from the 2007 official guide